Last week the release date for the new Borderlands 2 game was unveiled together with a new trailer, for the high anticipated sequel to the the Borderlands first person shooter, on September 18th 2012 in the US and September 21st globally.

The new Borderland 2 game brings with it four new characters to play and up until now only two were known. Now Gearbox has unveiled their new deadly assassin character named Zer0. 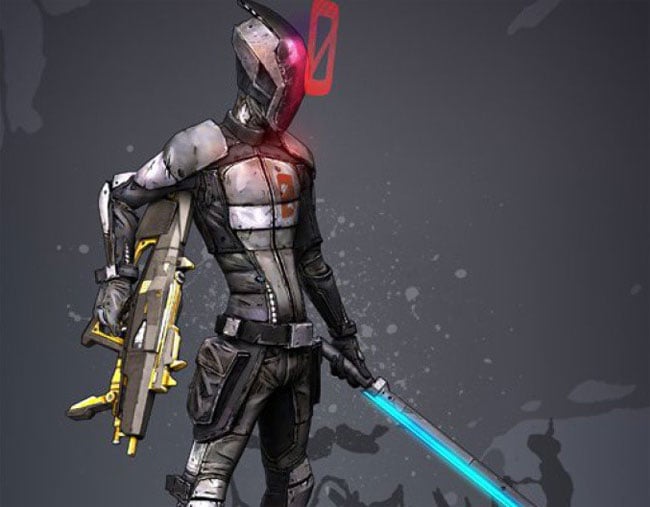 Gearbox explains their new assassin character within Borderlands 2 can either be played stealthy as you would expect, or if you prefer with all guns blazing. Of course he will also be the perfect selection for any one wishing to also partake in a little long range snipping.

Jeramy Cooke, art director at Gearbox for Borderlands 2, explains a little more of what you can expect front Zer0.

“The cool thing about Zer0 is you don’t really know where he’s from or what he’s all about just yet. He’s definitely a bit of a mystery and that’s on purpose…an interesting note about Zer0 is his real name is not Zer0. That’s what everyone calls him because every time he assassinates someone he displays a zero on his faceplate so he’s just known as Zer0.”

The zero on his forehead will also show other emotes and can be seen changing to a smiley face, as he carries out a crotch shot. “The zero is more of his calling card,” said Paul Hellquist, creative director on Borderlands 2, hence the ‘0’ in his name. “He’s definitely dealing damage in that case,” 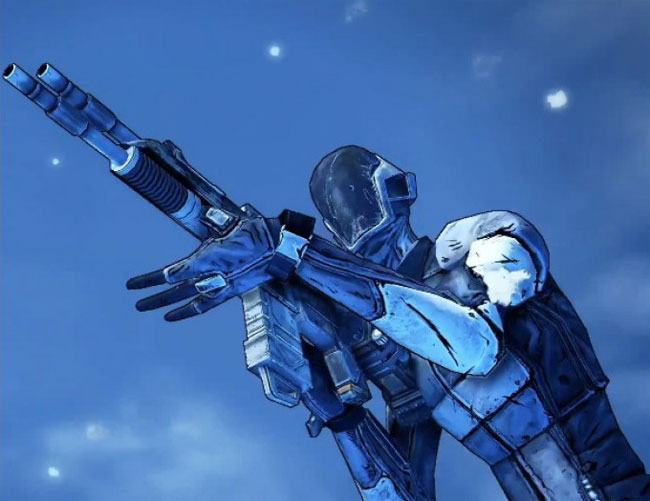