As well as launching their new digital version of comics over the weekend. Marvel has also unveiled a new Augmented reality application that will allow comic fans to access even more new and detailed information about their favourite comic books.

The new Marvel Augmented reality application has been developed to enable users to look beyond the comic page with Avengers vs. X-Men #1 this April. 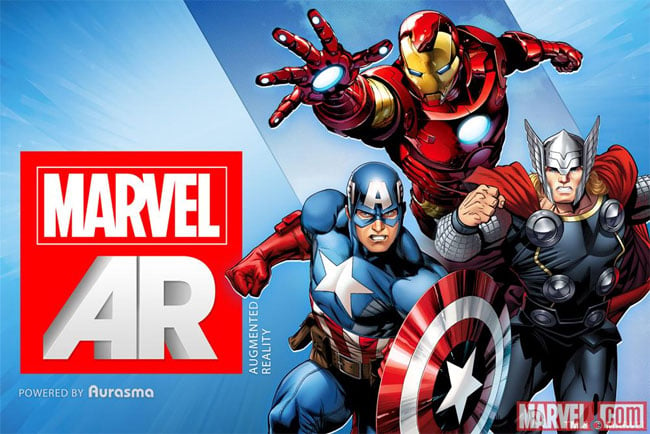 Allowing you to see a information about the artwork, together with interactive 3D models and creator commentary videos, when the application is pointed at the printed comic book. Arune Singh, director of marketing at Marvel explains:

“These are more like tie-in stories that tell stories that aren’t told in the comic–they’re compelling because of the characters involved and that they tell stories that develop key points in the stories,”-“These are points you can understand without reading an Infinite comic but become more enjoyable when you’ve read this story.”

The new Marvel Augmented Reality application will be released alongside the standard Marvel Comics Application and enables readers to enjoy both from the comfort of the tablet device. Marvel Augmented Reality will be available as a free download for iOS And Android devices on April 2nd, with the Avengers versus X-Men #1, available April 4 for $3.99.