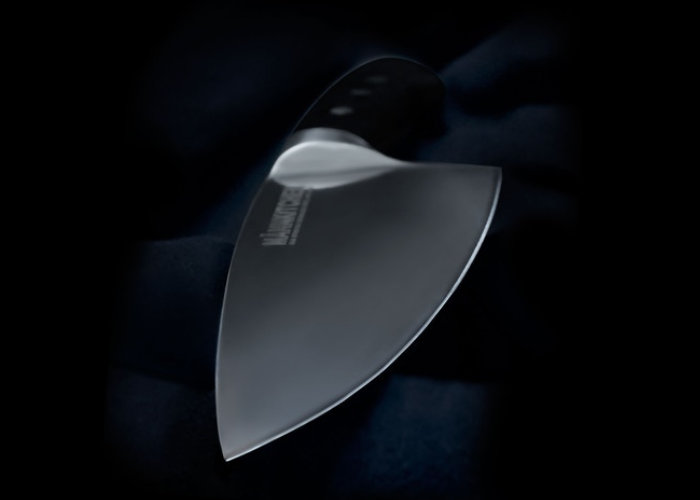 A new chef’s knife has been specifically designed for men who cook, taking the form of the aptly named MÄNNKITCHEN MK9. The blade of the MK9 is made of revolutionary X63-Nitrogen Steel. The addition of nitrogen during the alloying process creates a tighter grain structure within the steel, enabling surgical sharpness, exceptional edge retention, improved corrosion resistance, and hardness up to 63 HRC says its creator Cleve Oines.

Earlybird pledges are available from $99 with worldwide shipping expected to take place early next year and planned for February 2020. Watch the video below to learn more about the inspiration behind the MÄNNKITCHEN MK9 chef’s knife and its design features from its creator Cleve. 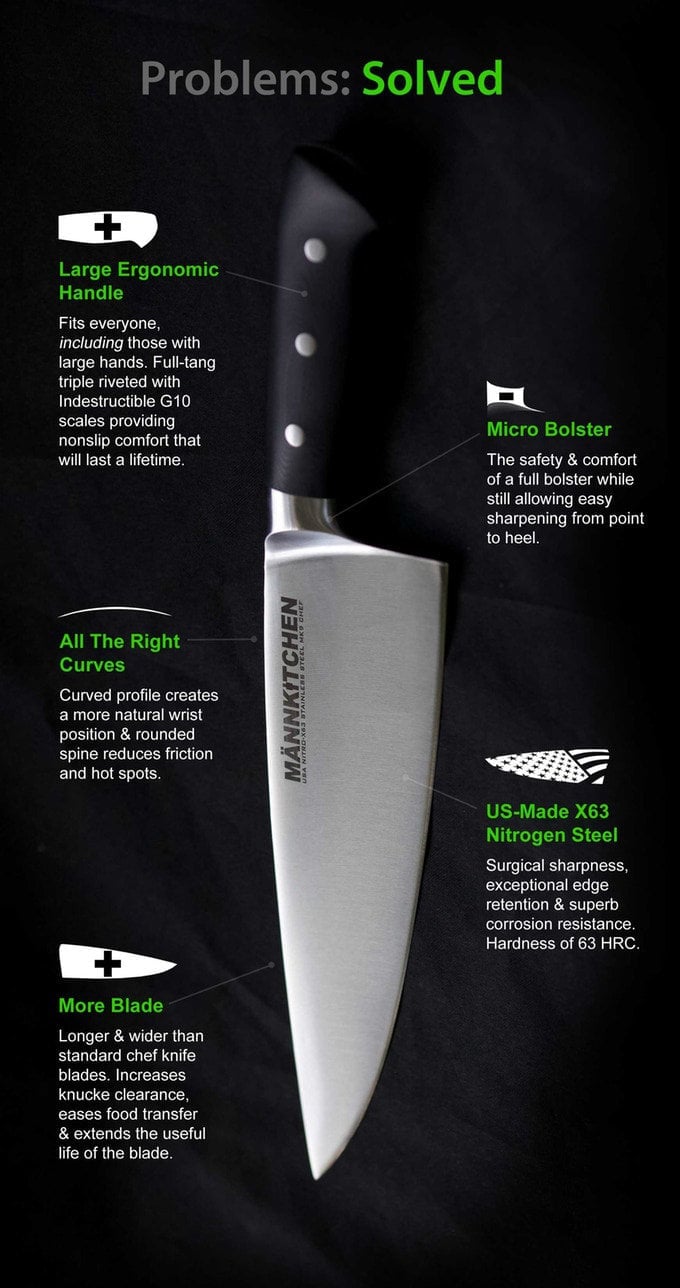 “Over 2.5 inch blade width at the heel increases knuckle clearance, eases food transfer & extends blade life. With most chef knives you need to be careful not to scrape your knuckles on the cutting board when you complete your chop. Cooks compensate by cutting near the counter/table edges to save their knuckles. With the MK9, that’s no longer a concern. “

MÄNNKITCHEN MK9: The knife that’s not for everybody.

– The MK9 is large. Too large for some.
– The MK9 is heavier than most chef knives.
– The blade of the MK9 is longer than the standard 8 inches.
– It’s wide. So wide you can’t touch your knuckles to the cutting board.
– It’s hard. We chose very hard Nitrogen steel, even though it takes longer to sharpen.
– The MK9 was not made for everyone.