Since Apple launch the latest version of their iPad, the iPad 3G, which uses a new type of SIM card, the MicroSIM card, we have already seen a few ways to make your own MicroSIM card using a standard SIM card.

John Benson lives in the UK, and he decided to import a US iPad 3G into the UK, as they haven’t gone on sale over here yet. He just had one small problem when he received his iPad 3G, there are no MicroSIM cards available in the UK. 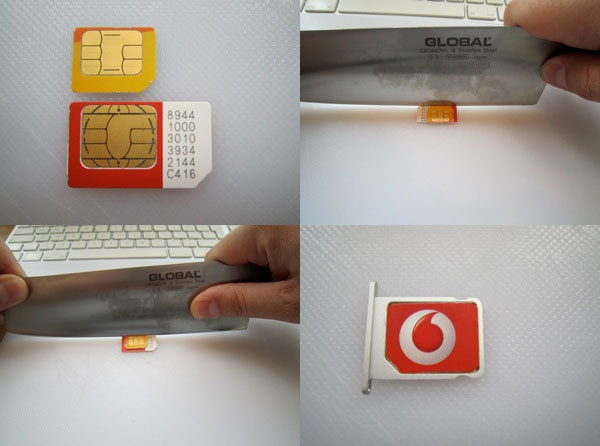 John decided to modify his existing Vodafone SIM card to work with the iPad 3G, and he used some interesting tools to make his MicroSIM card.

As well as a pair of scissors, John decided to use a meat cleaver to make his MicroSIM card, if you want to make your own you can find out full details of how he did it over at his website.