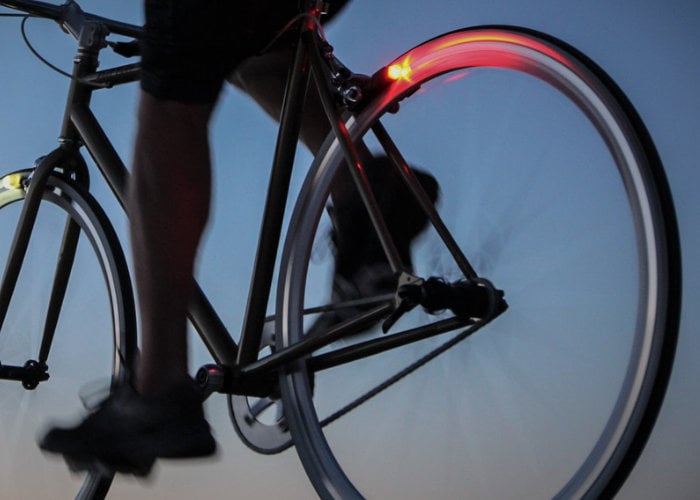 A new type of bicycle light has been designed and engineered by Dirk Strothmann based in Borgholzhausen, Germany in the form of the Magnic Microlights. Which use non contact energy to provide users with an endless illumination. To learn more about the unique bicycle lights watch the promotional video below.

Magnic Microlights are now available to back via Kickstarter with early bird pledges available from €25 or roughly £22 for a single front facing light.

“Magnic Microlights are the world’s smallest non-contact bicycle dynamos, that are integrated together with electronics and lighting system in the brake shoes. In 2012 we presented our invention Magnic Light here on Kickstarter. Many “experts” did not believe this principle can work and believed our lights would be a fake but the MAGIC is clever usage of well known eddy current technology.

With more than 17.000 Magnic lights on the road via our successful Magnic Light IC campaign 2014 and our webshop we have proved that this sustainable, environment-friendly technology has the power to replace battery lights for bicycles.

The last 18 months we worked hard on the development of the Micro-Technology. With Magnic Microlights you can add dynamo light to your bicycle without need of extra adapters. If your bicycle has disc brakes choose Wega which has flexibility in four directions and fits to nearly all other bikes (except Vbrake/Canti systems), too. “