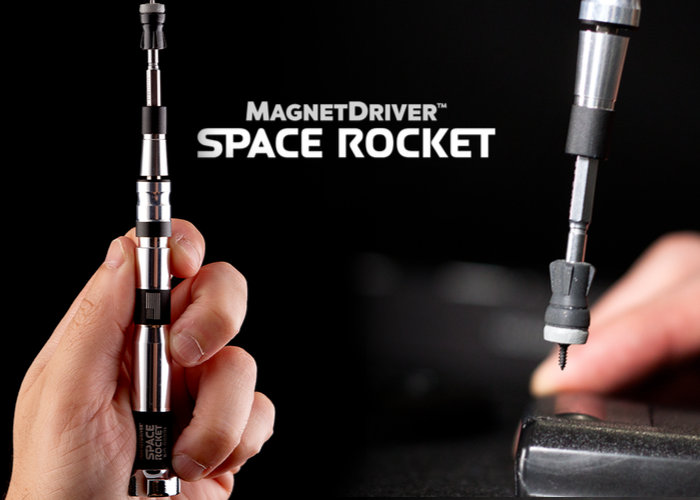 Makers, hobbyists and engineers in the market for a magnetic screwdriver may be interested in the Magnet Driver which has been inspired by the 50th anniversary of the Apollo 11 moon landing. “Build, repair and adjust even the tiniest DIY project effortlessly with this full-precision screwdriver and toolkit.” Watch the demonstration video below to learn more about the design and features of the Space Rocket Magnet Driver screwdriver which is now available to back via Kickstarter with early bird pledges available from €21 or roughly £19.

Extendable to four different heights offering 8 inch, 7 inch, 6 inch and 5 inch lengths, with two extra-short direct positions, for a total of six different working distances. “It works to reach very difficult places and allows you to drive even the tiniest screw with only one hand”. 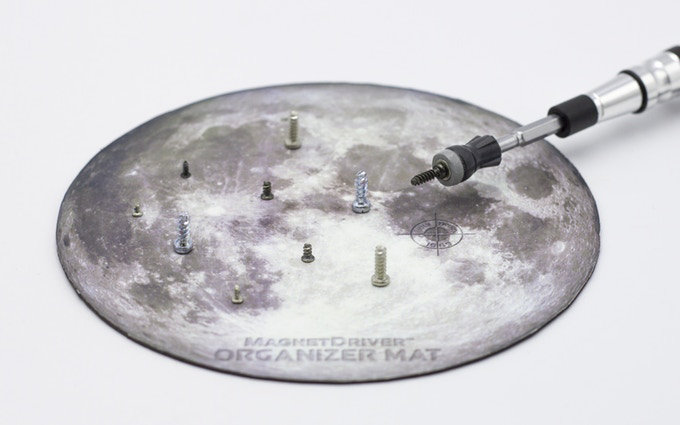 Designed by a team based in Spain the magnetic screwdriver is expected to ship out to backers during July 2019. “The Magnet Driver Space Rocket commemorates the 50th anniversary of the Apollo 11 moon landing, emulating the Saturn V spaceship. Details of the Moon and the place and date of the first man landing on the moon are intertwined into the different pieces in the toolkit.”

For more details and a complete list of all accessories for the Space Rocket magnetic screwdriver which is machined from 6061 aluminium, jump over to the official Kickstarter crowdfunding campaign page by following the link below.