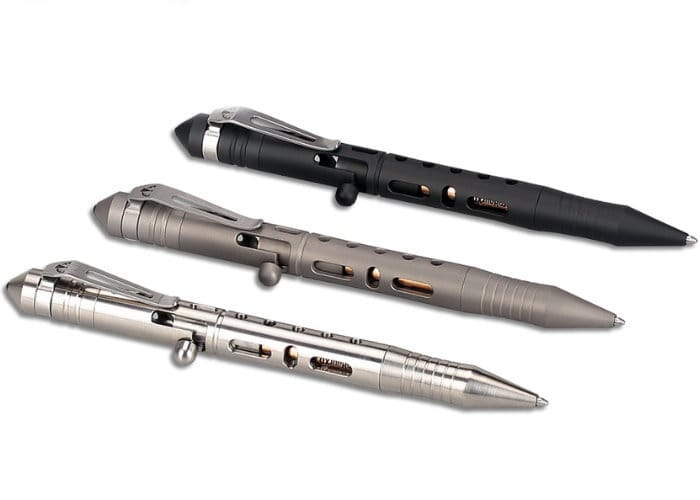 “APEX BOLT is the next generation of ZEROHOUR’s best-selling tactical pen. Designed with indestructible materials and a waterproof ink cartridge, BOLT reaches the next APEX with a bolt action release, ceramic glass-breaking tip, removable pocket clip, and a hidden hex-bit screwdriver for precision repairs. The original APEX has been so successful that we’ve issued it in six stunning finishes since its debut! While we are proud of our original writing warrior, we have also been hard at work improving its features, based on your feedback.”

For more details on the design and construction of the titanium pen equipped with a ceramic tip hidden hex bit socket screwdriver and unique bolt action design jump over to the official Kickstarter crowdfunding campaign page by following the link below.