Each year EA Sports takes its Madden NFL game for that year and sets up a game between the two teams that made the Super Bowl and offers a prediction of who will win the big game. Super Bowl XLVIII is coming up this weekend and EA has played its prediction game and the Broncos have come out on top. You might not think that madden NFL would be a good predictor of the winner of the actual game, but it is. 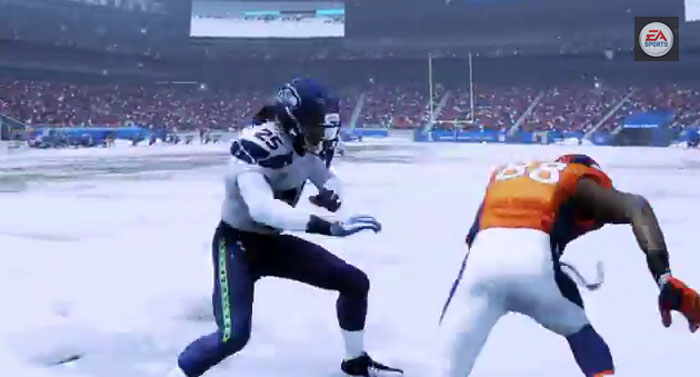 Out of the last decade, Madden NFL has accurately predicted eight of the game winners. In fact, the team that Madden NFL picked last year won the game. The prediction game was tight with the Broncos beating the Seahawks in overtime for a 31-28 victory.

The Seahawks were ahead at the half, but the Broncos pulled it out in the end. EA used the two Super Bowl teams with updated rosters for the prediction game. If the Broncos do win, it will make Peyton manning the first QB to ever lead two different teams to a Super Bowl victory. Do you agree with the Madden pick? Let us know in the comments.