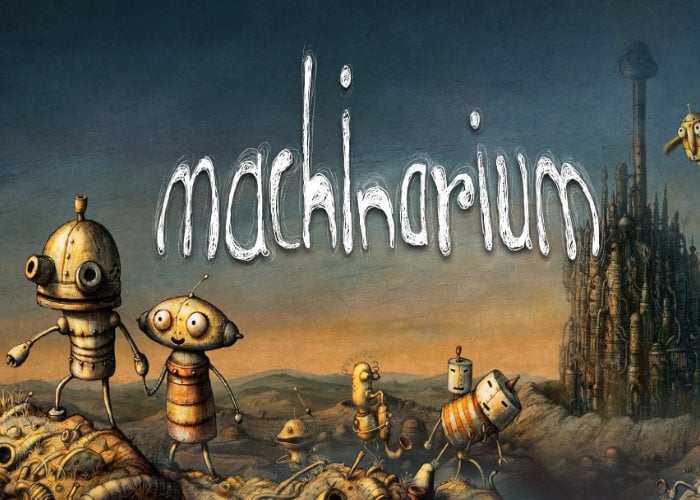 Game studio Amanita Design has launched Machinarium on the Xbox this week, bringing a puzzle, point-and-click adventure game to the platform, after launching on PC, PlayStation, Switch and others.  The Machinarium game contains no dialogue, spoken or written, and apart from a few tutorial prompts on the first screen, is devoid of understandable language entirely.

“The goal of Machinarium is to solve a series of puzzles and brain teasers. The puzzles are linked together by an overworld consisting of a traditional “point and click” adventure story. The overworld’s most radical departure is that only objects within the player character’s reach can be clicked on.”

“Machinarium is the award-winning independent adventure game developed by the makers of Samorost and Botanicula. Help Josef the robot to save his girlfriend Berta kidnapped by the Black Cap Brotherhood gang. Awards: * IGF – Excellence in Visual Art Award * DICE Awards Finalist * Gamasutra – The Best Indie Game Of The Year * PAX10 Finalist * VGChartz.com – The Best Indie Game Of The Year * 90% Destructoid / Adventure Gamers * The Best Soundtrack Of The Year — PC Gamer”