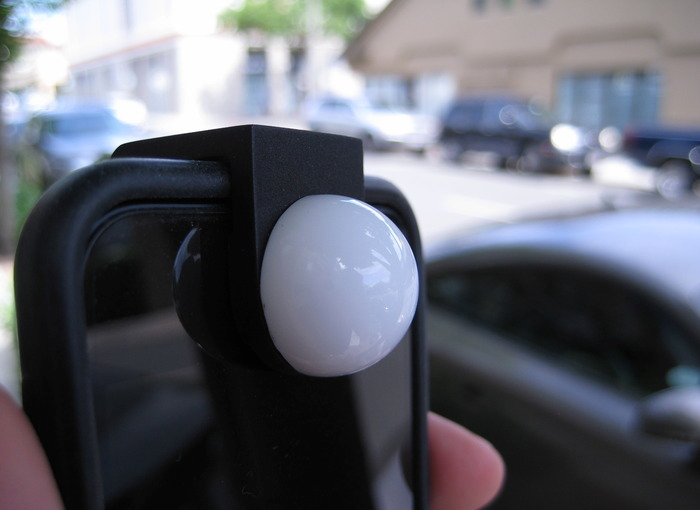 Back in February 2014 the Luxi iPhone light meter was launched enabling iOS mobile phone owners to be able to use their Apple smartphone to enhance their photography.

This week the same company company has launched a new device which has been designed to support a wider variety of mobile devices in the form of the Luxi For All smartphone light meter. Watch the video after the jump to learn more about the Luxi For All project and see it in action.

The Luxi For All light meter is currently over on the Kickstarter crowd funding website looking to raise enough pledges to make the jump from concept to production.

“The light meter built into all cameras measures reflected light. A reflected light meter shows an appropriate setting for an average of the whole scene. If you are taking a picture of a scene that does not have an average or internally consistent lighting situation, your camera’s built-in light meter will not be accurate. Usually, that causes an overexposed or underexposed picture.

Luxi For All is a small diffusion dome which clips onto your mobile device’s front-facing camera. When paired with an appropriate light meter app (such as our own Luxiapp for iOS), Luxi For All will help you determine the best settings for your DSLR or other camera so that you can take perfectly exposed pictures. It’s just like one of those fancy old-school light meters, but at a far better price. And because it works with the gadget you already have in your pocket, it’s way more convenient!”

So if you think the Luxi For All light meter is something your photography could benefit from, visit the Kickstarter website now to make a pledge and help Luxi For All become a reality.