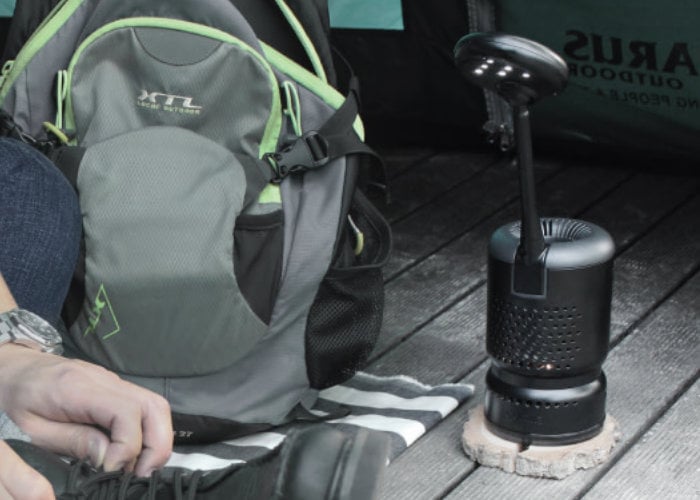 Campers and adventurers searching for a compact way to illuminate the darkness may be interested in a new LED camping light called the Lumir K. Unlike other LED camping lights currently on the market the Lumir K uses cooking oil for power rather than a lithium battery. Watch the demonstration video below to learn more about this unique camping lamp which is now available via Indiegogo with earlybird pledges available from $34. If all goes well worldwide shipping is expected to take place during September 2019.

“Lumir K converts the small thermal energy of cooking oil into electricity and it turns on the bright LEDs. This amazing lantern will light up where you want and it make an impact on the world where it is needed. Cooking oil is one of the cheapest and familiar ingredients as it is easily found from grocery stores in the city to tiny kiosk shops in a remote area.”

“Olive, canola and sunflower oil, it doesn’t matter what kind of cooking oil is. Without any batteries or external power supply, only with tiny flame which is as big as candle, Lumir K gives you an instant and 100 times brighter light.” 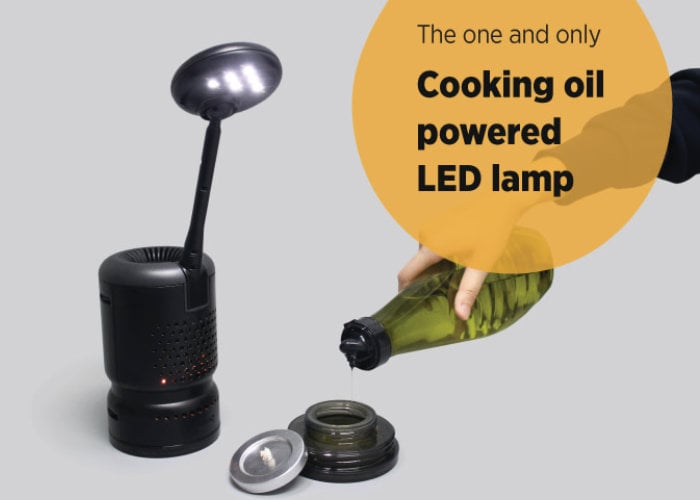 – Make an Impact- Bring the light to the people living without electricity.
– 1 Lumir K = 100X candlelight
– Easy to Use-Just placing the lamp over the lit wick will turn the LED light on.
– Accessible-Olive or canola oil, it doesn’t matter what kind of cooking oil is.
– Instant light-No need of charging or battery
– Efficient-Consumes the only 5ml of oil for 1 hour of light
– 10-year life span