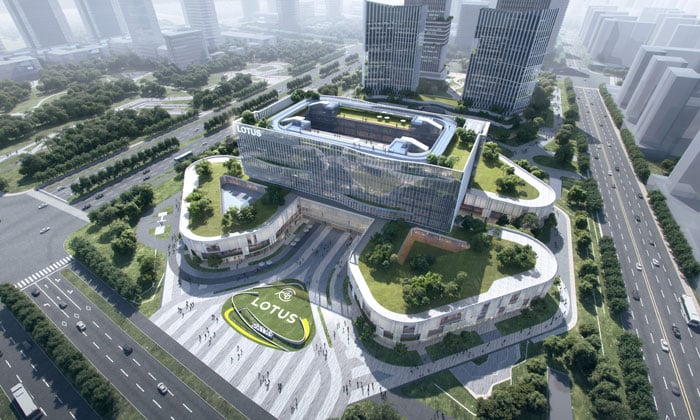 One of the markets with the most growth for vehicles, specifically electric vehicles globally, is China. Sports car manufacturer Lotus has announced that Lotus Technology has opened a global HQ in China where it plans to produce future Lotus electric products. Along with the new global HQ, located in Wuhan, China, Lotus is also building a manufacturing facility within the country.

Lotus plans to complete its HQ in 2024. The new Lotus factory that will manufacture electric cars for global markets will open in China later this year. That indicates that most, if not all, of Lotus’s future electric vehicles may be built in Wuhan.

Like many automakers, Lotus is planning to convert over entirely to electric vehicles. In 2022, it will reveal an E-segment SUV called the Type 132. In 2023, an E-segment four-door coupe called the Type 133 would launch, followed by several other electric vehicles, including a new sports car in 2026. Lotus will continue to build its Evija hypercar and Emira sports car in Hethel. Sadly, the Emira is the last gas-powered sports car from Lotus.