Logitech has today announced the arrival of a new ultrathin keyboard case, designed for Apple’s new iPad 3 tablet. The Logitech Ultrathin Keyboard Cover has been designed for both the iPad 2 and the new iPad 3, and provides you with an ultrathin screen protector and built-in keyboard, transforming the tablet into a notebook style device.

Similar to Apple’s Smart Cover case for its iPads, the Logitech Ultrathin Keyboard Cover uses a magnetic clip to secure its self to your iPad. Offering the same features with an instant on/off and automatically waking your iPad when you open the cover. 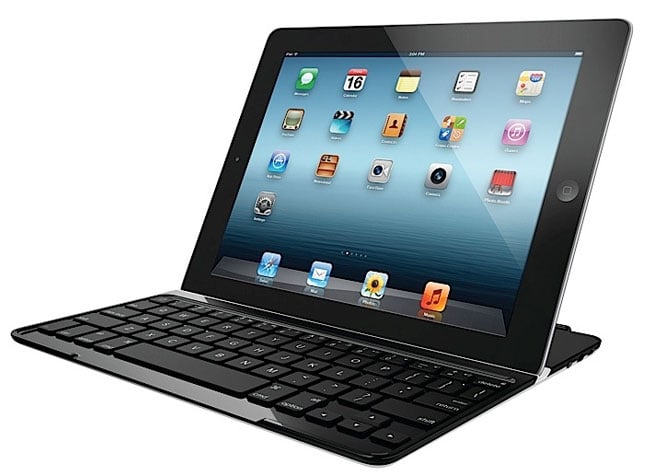 Its also equipped with handy function keys and using the keyboard for around 2 hours a day, its internal battery will provide you with enough juice to keep it running for six months. Alexis Richard, director of product marketing at Logitech explains:

“The third-generation iPad and its apps are designed to give you more control and creativity, whether you are editing photos and movies, making music or writing a novel,”-“The new Logitech Ultrathin Keyboard Cover – with its ultra-sleek, smart design and extended keyboard battery life – provides a convenient way for you to make the most of your iPad no matter what activity you are using it for.”

The Logitech Ultrathin Keyboard Cover is now available to purchase for around $100, in the U.S. and Europe.