After announcing their new BCC950 ConferenceCam yesterday Logitech have also now taken the wraps of their new Logitech UE Air speaker. Which is equipped with Ultimate Ear branding and comes complete with Apple AirPlay support.

The UE Air speaker is Logitech’s first Airplay equipped speaker system and comes fitted with dual tweeters and woofers. The AirPlay support allows you to stream music from your Apple iOS devices directly to the speaker system wirelessly. 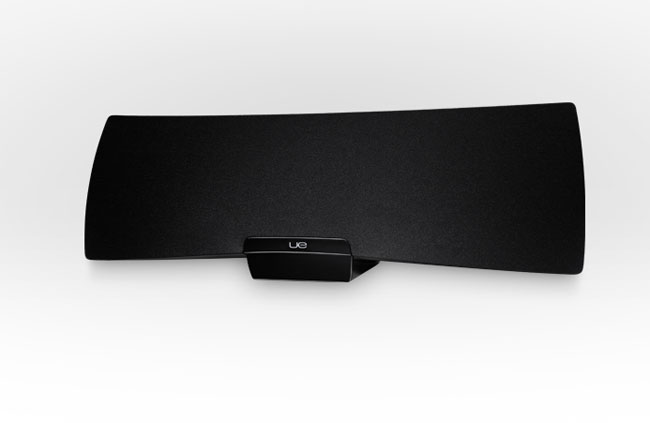 The Logitech UE Air Speaker system also incorporates a handy docking station for iOS devices, enabling you to charge and play your tunes or media at the same time.

“With the Logitech UE Air Speaker, we’re setting a new standard for good looks and incredible sound. Its subtle curves and sleek piano-black finish look great in any room. And its custom-tunes acoustics delivers a big soundstage with impressively detailed, stereo sound.

The  Logitech UE Air, Airplay Speaker will be arriving in Europe and the US this April for around $400.