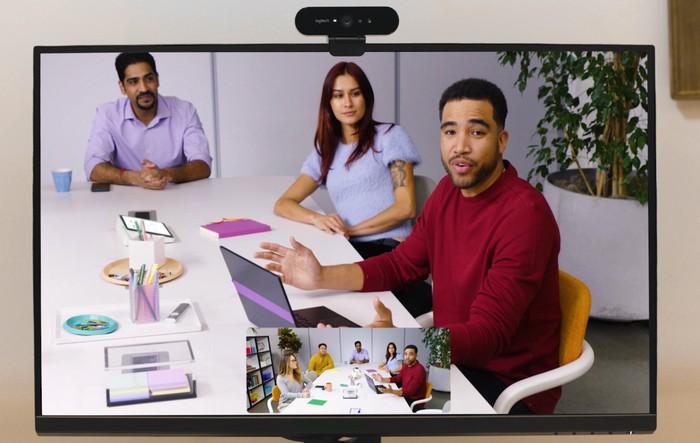 Logitech has unveiled its new web camera software for PC users in the form of the RightSight 2, featuring auto-framing technology designed to actively follow your face as you speak. Enabling you to walk around your office or meeting room while engaging in video conferences. “Far-end participants can follow the active speaker while also getting situational context from the group, such as one person gesturing to another or writing on a whiteboard” explains Logitech.

The new web camera software launched by Logitech is now available for free as a public beta on CollabOS 1.5 for the companies Rally Bar and Rally Bar Mini webcams. The RightSight 2 applications Speaker View is compatible with all of Logitech’s major cloud video conferencing partners, and works as picture-in-picture mode with Microsoft Teams Rooms on Android and Windows, and also supports Zoom Rooms.

“Leveraging the two-camera system in Rally Bar and Rally Bar Mini, Speaker View dynamically frames the active speaker by panning and zooming the PTZ camera as the conversation shifts throughout a meeting. The second camera, the AI Viewfinder, captures a view of the room picture-in-picture to show participant interactions and situational context.”