Logitech first announced their new K750 solar powered keyboard for PC users back in November 2010 and have wasted no time rushing the Mac version out 9 months later.

The K750 solar is a full-size keyboard complete with number pad and solar panel stretching along the top from left to right. Logitech explains that the new K750 keyboard can be charged from standard indoor lighting, and once fully charged can work in complete darkness for up to three months if needed. Its also equipped with a 2.4GHz module providing trouble free wireless connectivity. 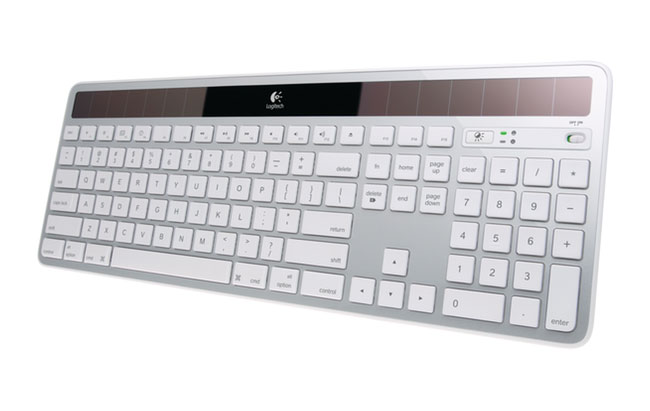 The new Mac compatible keyboard is now available in a range of  5 colours, with four exclusively for Mac users.The new K750Mac Keyboard will ship to the US and Europe later this month for $60. With its PVC-free construction and fully recyclable box, Logitech has designed the keyboard to help minimize its environmental footprint.