Following along the lines of the recently launched 3Doodler 3D-printing pen, that we also featured here on Geeky Gadgets. A new 3D printing pen called the Lix, has been launched on the Kickstarter crowd funding website this week which is already blasted past its £30,000 pledge goal, just two hours after the campaign launched.

The Lix 3D printing pen has been designed to enable users to doodle in the air and offers a fine extrusion to create highly detailed 3D printed models, sculptures and artwork. Check out the promotional video after the jump to see the new Lix 3D printing pen action. 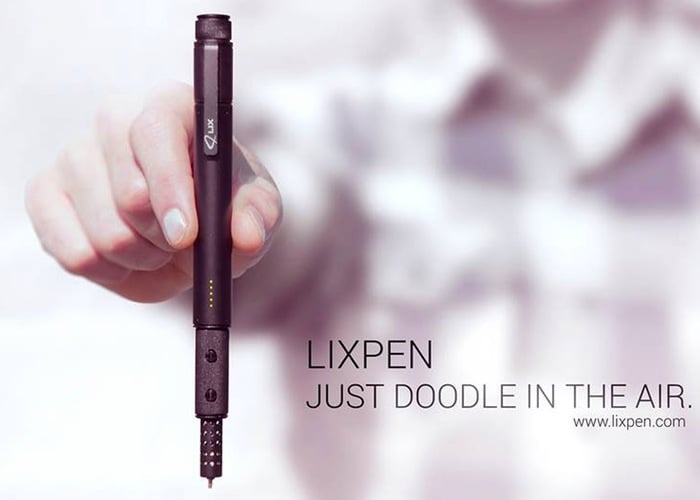 Lix are based in London and have created their pen for professionals to create unique 3D prints and sketch in the air without the need for paper. Explaining :

“Lix 3D pen is a dream coming true. With Lix 3D Pen you can create anything from small to big, from details to prototypes. It allows you to express your creativity on a whole new level. We are changing the world’s view on 2D as we are now giving the possibility to make your creations in 3D in an never-been-so-easy way!

LIX 3D printing pen has the similar function as 3D printers. It melts and cools coloured plastic, letting you create rigid and freestanding structures. Lix has a hot-end nozzle that is power supplied from USB 3.0 port. The plastic filament ABS/PLA is introduced in the upper extremity of Lix Pen. The filament goes through a patented mechanism while moving through the pen to finally reach the hot-end nozzle which melts and cools it down. An interesting fact about this light-weight, engineered pen is that these structures can be formed in any imaginable shape.” 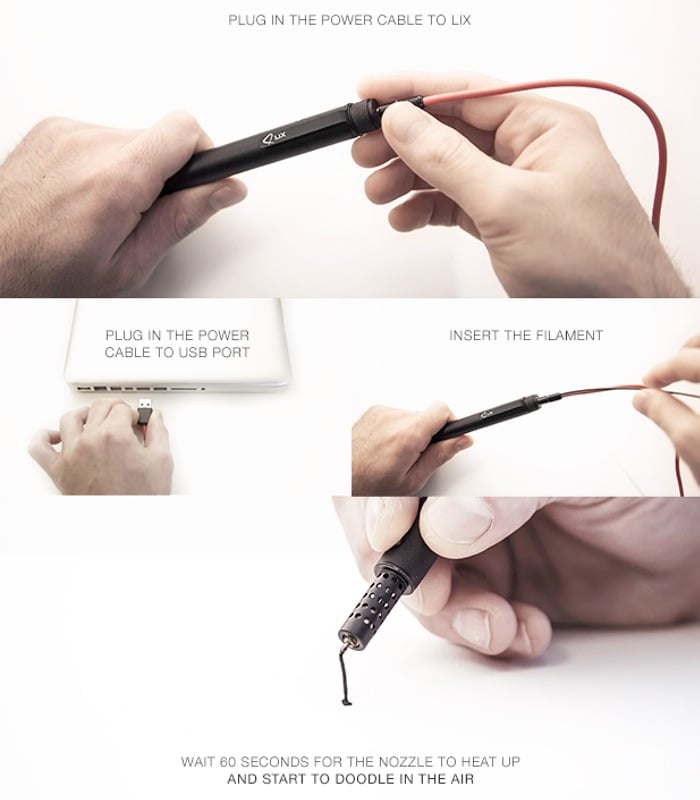 The Lix 3D printing pen project is currently over on the Kickstarter crowd funding website. So if you think the Lix 3D pen is something you could benefit from, visit the Kickstarter website now to make a pledge and help the Lix pen become a reality.