The 3Doodler 3D Printing Pen which we featured earlier today has already stormed past its required Kickstarter goal, within just a few hours of going live, allowing the concept to make the jump to production and become reality.

The new 3D Printing Pen which is currently over on the Kickstarter crowd funding website, and a pledge of just $75 will make sure you are one of the very first people to own one. Check out the video after the break to learn more about the revolutionary new 3Doodler 3D Printing Pen. 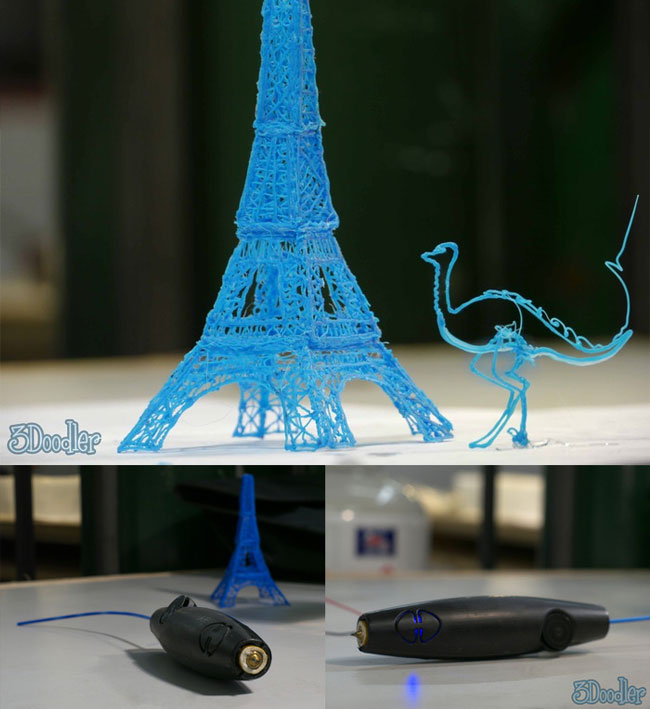 The 3Doodler 3D Printing Pen has already raised double the funding it required to be manufactured and is currently at $62,000 with 33 days still left to go. 3Doodler has been designed to allow you to create object from ABSplastic without the constrains of a 3D machine enclosure.

“3Doodler is the world’s first and only 3D Printing Pen. Using ABS plastic (the material used by many 3D printers), 3Doodler draws in the air or on surfaces. It’s compact and easy to use, and requires no software or computers. You just plug it into a power socket and can start drawing anything within minutes.”