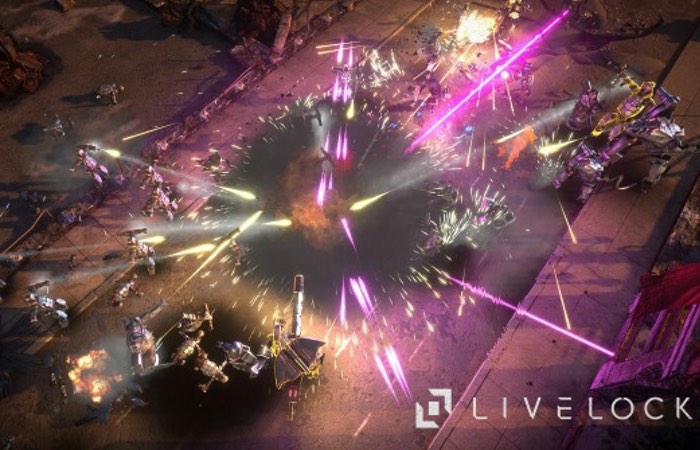 Tuque Games in alliance with Perfect World Entertainment has today announced that their new top-down shooter in the form of Livelock : Prepare For War will be launching on both PC and consoles on August 2nd, 2016.

Within Livelock you can choose to play as either Hex, the DPS marksman, Vanguard, the diligent close quarters brawler, or Catalyst, the tactical support with a mini drone army.

You and your two closest friends are humanity’s last hope. Awaken to the planet Earth destroyed by a gamma ray. Although scientists received a warning 10 years ago, the preparation for the gamma ray’s devastation wasn’t enough. The millions of human consciousness that were uploaded into the digital network survived, but became corrupted and as a result, they have separated into 3 rogue robot fractions. Each of these fractions has created their own agenda for survival and will destroy anyone that stands in their way.

Upon awakening, you find that you’ve been uploaded into a mechanical chassis by an ally known as SATCOM, who wants to see humanity united, and your new mech body is armed with a gigantic arsenal. Lucky you!