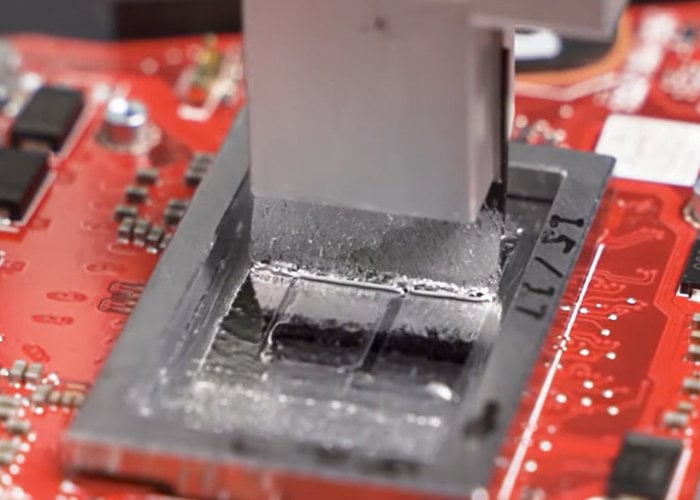 This month Asus has confirmed it will be using Liquid Metal Thermal Compound in the construction of its entire 2020 ROG gaming laptop range. Enthusiast PC builders have been using Liquid Metal Thermal Compound for quite some time but it is the first time it has been used in the production of consumer goods on a large scale. “ASUS had to develop new machinery to facilitate the application of the liquid metal thermal compound as traditionally it had only been applied manually which was not feasible in this case” explains the press release. To learn more about the Liquid Metal compound watch the introductory video below to learn more about its benefits, features an application.

“Liquid metals have low melting points that render them fluid at room temperature. These alloys are highly conductive, so they’re extremely effective at transferring thermal energy between surfaces like a processor die and heatsink. The benefits are well-established in overclocking and DIY circles, and internal testing reinforced the appeal for gaming laptops. Our engineers observed a 10~20°C reduction in temperatures depending on the CPU.

The improved thermal interface creates margin that can be used in different ways. Lower temperatures help processors sustain higher clock speeds for longer, and also prevent fans from ramping up to louder RPMs. The additional thermal headroom can also be used to reach even faster frequencies and higher performance.”