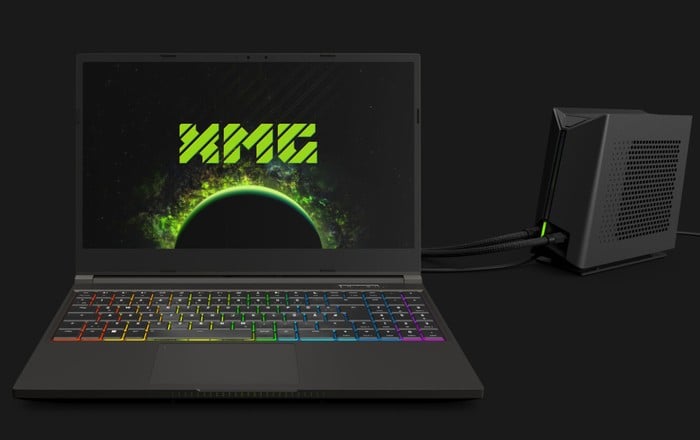 XMG has introduced a new liquid cooled laptop this week in the form of the XMG NEO 15 gaming system equipped with Intel’s Core i7-12700H processor. The change to Alder Lake-H and a motherboard equipped with an H670 Express chipset paves the way for faster memory and storage options. Thus, the laptop now accommodates two M.2 SSDs each with a four lane PCIe 4.0 connection and offers two SO-DIMM slots for a maximum of 64 GB DDR5 RAM with a clock frequency of 4800 MHz.

Other features of the liquid cooled gaming laptop include Thunderbolt 4 port with two 4K-capable DisplayPort streams and an HDMI 2.1 output, 64 GB DDR5 RAM with a clock frequency of 4800 MHz, two SO-DIMM slots and two M.2 SSDs each with a four lane PCIe 4.0 connection.

“In addition to the familiar RTX 3060, the new NEO 15 also integrates two updated laptop GPUs-RTX 3070 Ti and 3080 Ti from the premium performance segment.In doing so, the laptop remains true to the NEO product range principle of offering the maximum specification level of each graphics card. In the case of the RTX 3080 Ti with 16 GB GDDR6 VRAM, this means that the graphics card now runs with a TGP of up to 175 watts (RTX 3070 Ti: up to 150 watts). By using liquid metal on the CPU and a further improved cooling system, XMG ensures that the components can operate at permanently high performance and to the maximum of their power and TGP limits. Consequently, the optimized fans have 71 instead of 67 fins.” 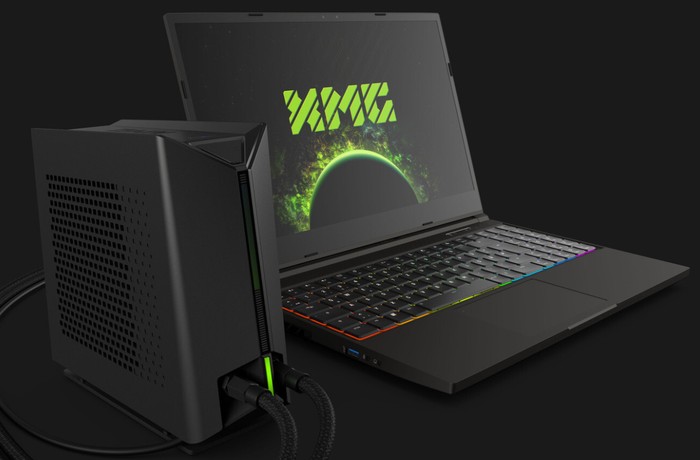 “With the OASIS, XMG offers enthusiasts extensive cooling potential. The additional cooling resources are intended to make the laptops run significantly quieter, cooler and ultimately faster. At the market launch, XMG is initially only offering the external liquid cooling as an add-on for the new NEO 15 (E22), but plans to expand the option to other models in the future via a standardized connection. This approach is based on the principle that compatible laptops are prepared for the use with OASIS, but its use is an enhancement and not a prerequisite for the operation of the mobile device.

In a compact 186 x 203 x 75 millimetre chassis, XMG utilisesthe familiar AIO concept by combining a 120 mm radiator with fan, pump and liquidreservoir. This means that the OASIS can also be carried in a backpack if necessary, so that the additional cooling power isn’t limited to a single location. The weight is correspondingly low: Including the cooling liquid, the cooling system weighs 1.39 kilograms,with a dry weight of1.18kilograms. To completely fill the entire system (coolingunitand laptop), about 230 millilitres of cooling liquid isrequired. The chassis itself comes in an elegant stealth design, with software-adjustable RGB lighting elements to add some colour if desired.”