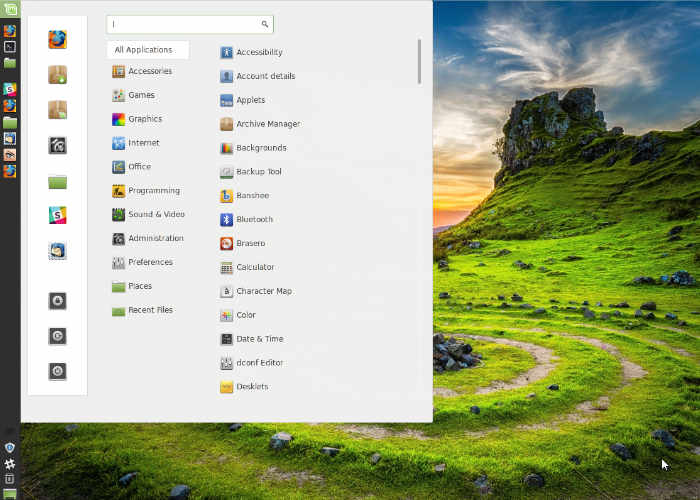 A new version of the Mint Linux operating system has been released this week as Linux Mint 18.1 which brings with it plenty of new features for users to enjoy as well as refinements to make the desktop experience even more comfortable to use.

As well as a wealth of new features Linux Mint 18.1 will also be supported until 2021 and comes with a choice of either Cinnamon or MATE desktop environments both of which includes a wealth of updates for the 18.1 release.

The Liliputing website explains a little more about what you can expect from both :

Linux Mint 18.1 Cinnamon includes a new version of the desktop environment with a new screen saver, new animations, and other visual tweaks. There’s also support for auto-rotation on tablets or other computers with accelerometers, support for vertical panels (letting you put the panels on the left and right sides of the screen instead of the top and bottom, and updated apps.

Linux Mint 18.1 MATE has many of the same app updates and improvements to the underlying code of the operating system, but updates to the MATE desktop operating system are more modest.  It now uses DuckDuckGo instead of Google as the default search engine in the MintMenu application, and several key features have been switched to GTK3.

Here are more new features which were introduced in Cinnamon 3.2:

• You can peek at the desktop by hovering the show-desktop applet
• The sound applet can now control multiple players and switch between them.
• The application menu now features full keyboard navigation (and performance improvements)
• Bumblebee users can right-click any program in the application menu and launch it with optirun by selecting ‘Run with NVIDIA GPU’
• When seeking help, you can upload your system information on the Internet, from the “System Settings” -> “Info” screen.
• In the Nemo preferences, you can enable an option which goes to the parent folder when you double-click an empty area

Xplayer is now fully compatible with EXIF orientation tags. In other words, it will now automatically detect and automatically rotate videos which were captured sideways or upside down. The rotation plugin is now enabled by default, so you’ll also be able to manually rotate videos out of the box. Just press Ctrl+R or click on “View -> Rotate” to rotate a video.