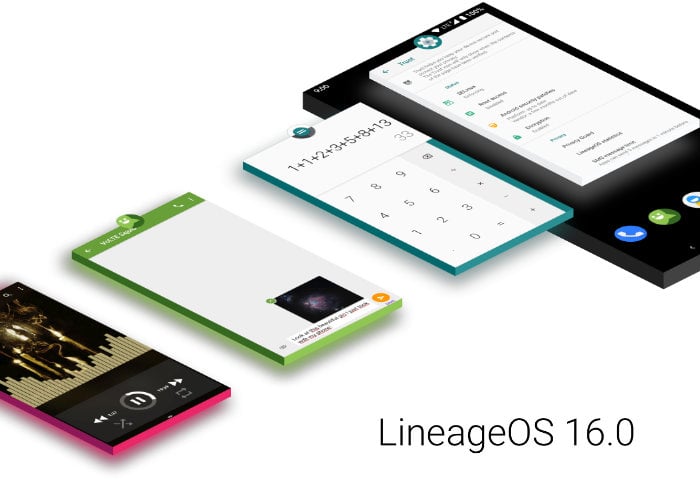 This week the development team behind LineageOS has announced the release of version 16 based on Android 9 Pie. LineageOS is a free and open-source operating system for smartphones and tablet computers, based on the Android mobile platform. LineageOS t is the successor to CyanogenMod after Cyanogen announced it was discontinuing development and shut down the infrastructure behind the project.

LineageOS 16.0 will be launching with a small selection of devices. Additional devices will begin receiving builds as they are ready and after The development team make minor change to the build scripts to handle the unique features, and resulting complications, of the most modern devices currently on the market. The development team explain a little more.

“Thanks to the major cleanup and refactoring done in the previous version, we were able to focus more on features and reliability this time; in particular, both Privacy Guard and the su addon received a sizeable amount of improvements.

With some minor changes made to the Styles API, it is now compatible with what will eventually become the default implementation of dark mode in Android. In the future, more and more third party apps will follow the system style, meaning our Styles API will allow you to have a more coherent experience across apps.

As we announced when the Summer Survey 2 results were posted, we will be introducing new features to Trust, beginning with the ability to block new USB device connections when device is locked. Please note that this feature has to be enabled on a per-device basis due to the layer at which this was implemented. Trebuchet is also now able to hide apps and require authentication before opening them. Please note that this restriction is limited to Trebuchet and is not system-wide.”

“Goodbye LineageOS 14.1 – The Nougat-based release has been discontinued and the last builds were published on February 7th, 2019. The branches will not be locked, so it’ll still be open for contributions such as security patches, as the 13.0 and 11.0 branches that have been getting security patches backported by the community. LineageOS 15.1 will remain under active development, but don’t expect new features to come since the majority of the developers have jumped to the Pie branch.”

For more details jump over to the official LineageOS website by following the link below.