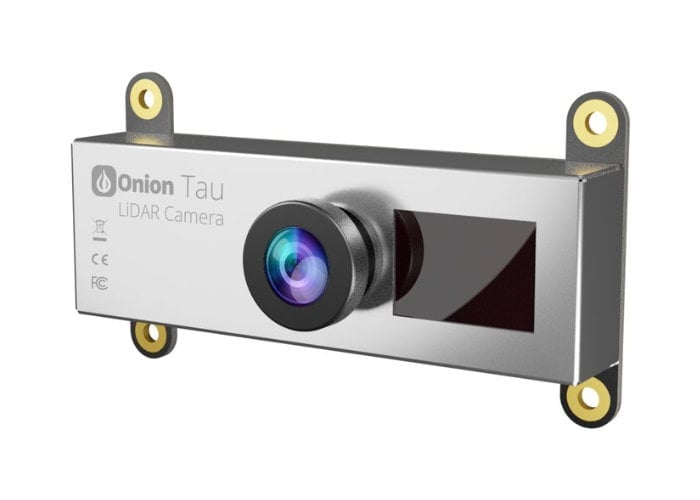 Developers, makers and robotics enthusiasts may be interested to know that a new LiDAR project will soon to be launching via the Crowd Supply website, in the form of the Onion Tau LiDAR Camera. Offering and easy-to-use LiDAR camera that acts like a webcam for real-time 3D depth data. The Tau has been specifically designed to provide an affordable next step beyond single-point depth or one-dimensional scanner solutions, say its creators. The Tau Camera outputs a real-time 160 x 60 point-cloud of depth data as well as a greyscale image of the scene. The range for depth sensing is 0.1 m to 7 m. The depth data from the point cloud can be visualized in 3D for use by humans, or it can be fed into an algorithm or other system.

“Think of it like a regular webcam, except that it produces 3D depth data instead of color frames. It’s USB-based and plug-and-play, requiring no additional computation to produce depth data, so plug it into your computer with a USB cable, it will power on and start sending depth frames to your computer.”

“The Tau LiDAR camera comes bundled with a web-based application to visualize the camera output in real-time on a computer. A Python library will also be available, providing an easy-to-use API that’s compatible with OpenCV and can be used to configure the camera, capture output, and create applications using the depth data from the camera. The computer-side software will be open source.”

The Tau LiDAR camera allows you to explore 3D depth mapping and it’s possibilities At an affordable price and uses the Python API under compatible with OpenCV. Allowing applications such as environment mapping, augmented reality, computer vision, automation and more.