We first saw LG’s new 55 inch OLED TV at CES in January, and we previously heard that it would launch in the 2nd quarter of 2012, and now it would appear we may have a possible launch date.

According to a recent report LG will launch their new 55 inch OLED TV in May during the Cannes Film festival, and the device is expected to retail for 9 million Won which works out at around $7,900. 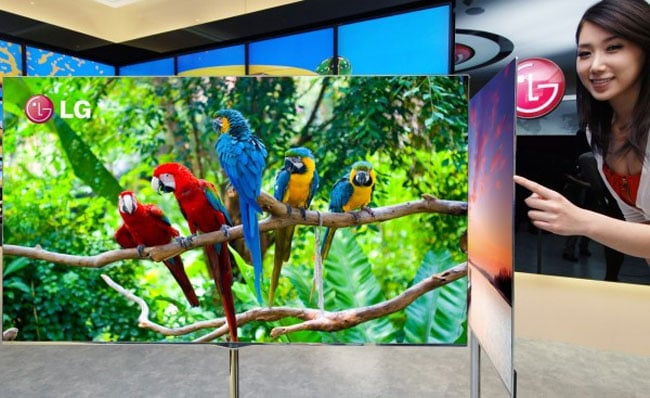 As a reminder the LG 55 inch OLED TV measures just 4mm thick, and features a super thin bezel, plus it weighs in at just 7.5kg. Have a look at our handy guide which explains the difference between LCD and LED TVs.