The LG X3 which is LG’s first quad core Android smartphone was recently leaked, and now the guys from MoDaCo have some more details on the device including some benchmarks.

According to the report the LG X 3 will feature a 4.7 inch HD multi-touch display with a resolution of 1280 x 720 pixels, processing will be provided by a quad core NVIDIA Tegra 3 processor. 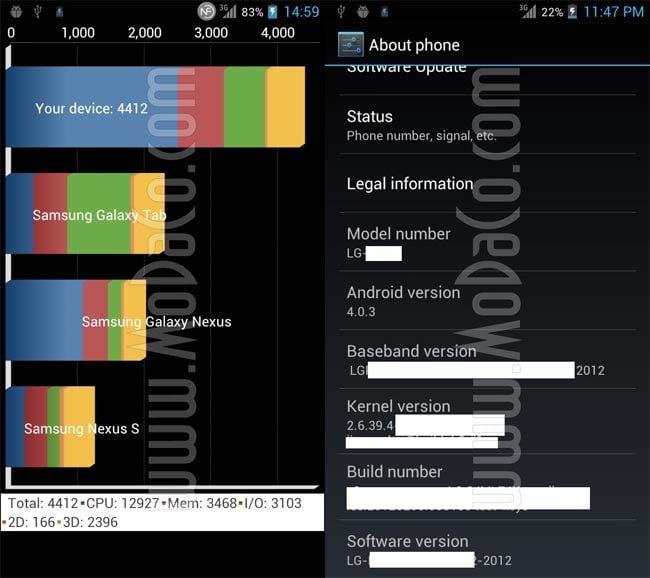 The NVIDIA Tegra 3 will apparently run at 1.5GHz on a single core and 1.4GHz when two to four cores are used, plus the fifth SMP Core or companion core which is used for idle task operations and is designed to save battery life.

The LG X3 will come with Android 4.0.3 Ice Cream Sandwich and the device is expected to be unveiled later this month at MWC 2012.