We recently saw a leaked press shot of the new LG V60 ThinQ smartphone, the handset is expected to be made official later this month.

Now the V60 ThinQ has been benchmarked on Geekbench and this has revealed some of the key specifications about the device. 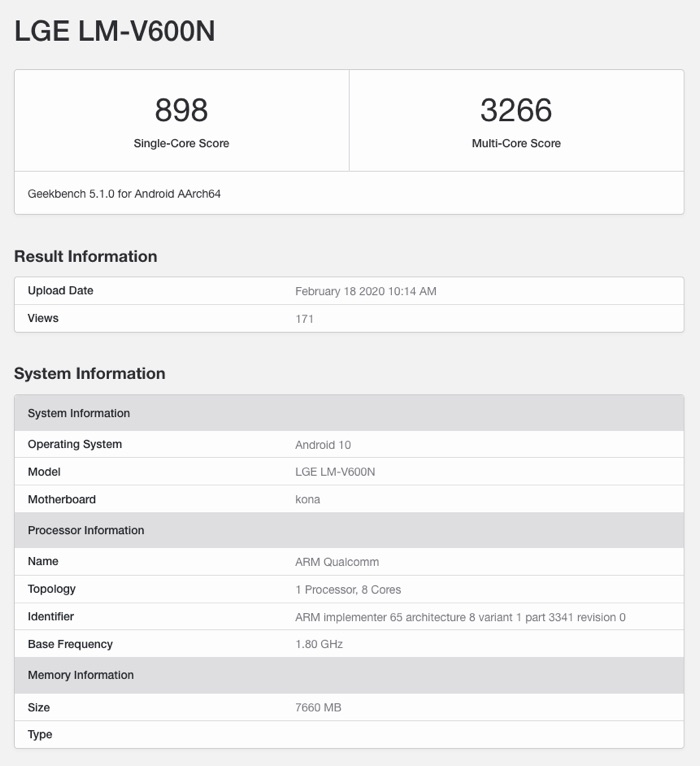 The benchmark lists the handset with the model number LM-V600N and it confirms that the device will come with Android 10.

Those are the only specifications we know about the handset so far, as son as we get some more details about the device we will let you guys know.