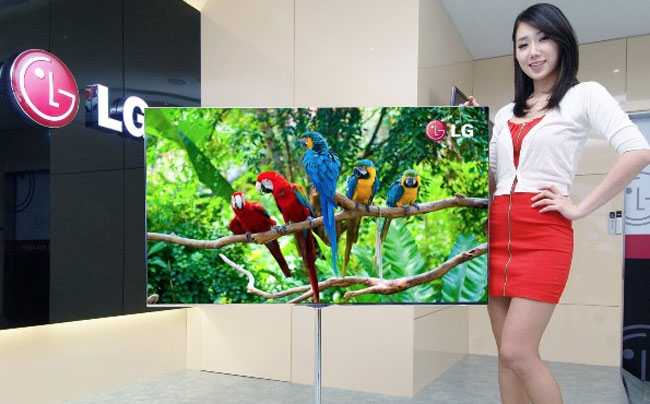 LG explains in their press release:

“What sets LG’s TV picture apart from other OLED TVs is 4-Color Pixels and Color Refiner which work together to generate natural and accurate colors that are sharp and consistent. The 4-Color Pixels feature allows for more accurate color depiction by using a set of four colors (red, green blue and white) in comparison to the RGB setup used by other OLED TV manufacturers.

Boasting an infinite contrast ratio, LG’s OLED TV exhibits vivid colors and the smallest details regardless of the overall luminance of the on-screen image. In turn, colors and details throughout an entire image are preserved with utmost clarity and sharpness, even when displaying scenes with dark lighting. Such color capabilities are technically impossible with LED and LCD display panels. And at 1,000 times faster than LED/LCD displays, LG’s OLED TV shows crystal clear motion without any blurring or bleeding.” 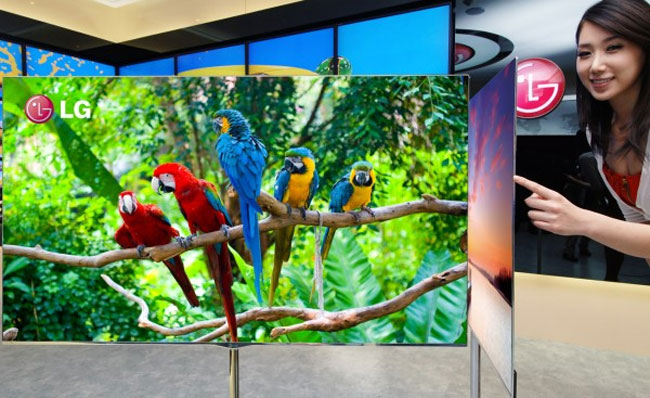 The new 4mm thick LG OLED TV is also fitted with a supper thin bezel and weighs just 7.5kg. More details including prices will be showcased at CES in Las Vegas later this month, and as always as more information becomes available we will keep you updated.

Have a look at our handy guide which explains the difference between LCD and LED TVs, plus our handy OLED TV Explained guide for more information on the latest HDTV’s.