LG has announced that they will lunch  new 55 inch OLED HDTV at CES 2012 in January, the HDTV will be the largest OLED HDTV to go on sale, and it is expected to hit stores around the middle of next year.

The device is expected to be just 5mm thick, when it goes on sale, which is considerably thinner than existing LED Tvs, and we will get a good look at it when it is launched at CES next month. 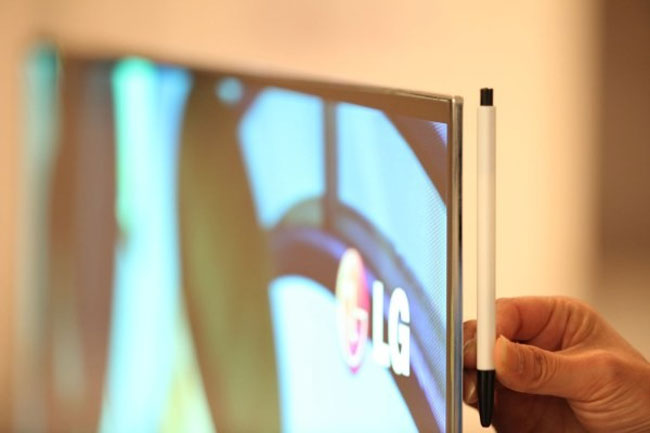 “Our objective has always been to actively define and lead emerging display technology markets,” said Dr. Sang Beom Han, CEO and Executive Vice President of LG Display. “Although OLED technology is seen as the future of TV display, the technology has been limited to smaller display sizes and by high costs, until now. LG Display’s 55-inch OLED TV panel has overcome these barriers.”

There are no details on pricing ads yet, as soon as we get some more information we will let you guys know.