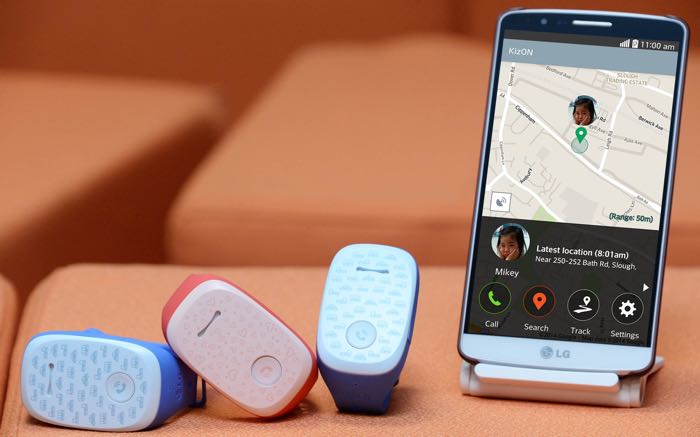 Back in July, LG launched a new wearable device for children, called the LG KizON, the device was only available in South Korea, and now the company has announced that it is headed to Europe.

LG have announced that their new LG KizON wearable for kids will be launching in Poland this week, the device will then be rolled out to other European countries.

“KizON was developed in response to customers’ opinions that technology should be used to improve the lives of all consumers and it occurred to us that children had the most to gain because they’re the most vulnerable,” said Dr. Jong-seok Park, president and CEO of LG Electronics Mobile Communications Company. “With KizON meeting the highest standards of child-friendly products, parents and guardians can find comfort in knowing that their children’s first exposure to wearable technology is a safe one.”

The LG KizON is designed for pre-school and primary school children, and it will let parents check where their kids are using a smartphone app, the parents can also communicate with their children.

You can find out more information about the LG KizON at the link below, LG have not revealed any details on pricing for the device.