LG are expected to announce their new Flexible display Android smartphone next month, the new LG G Flex. We have already seen some press renders and some actual photos of the device.

Now it would appear that we may have some specifications on the new LG G Flex, as the handset has recently appeared in the AnTuTu benchmark. 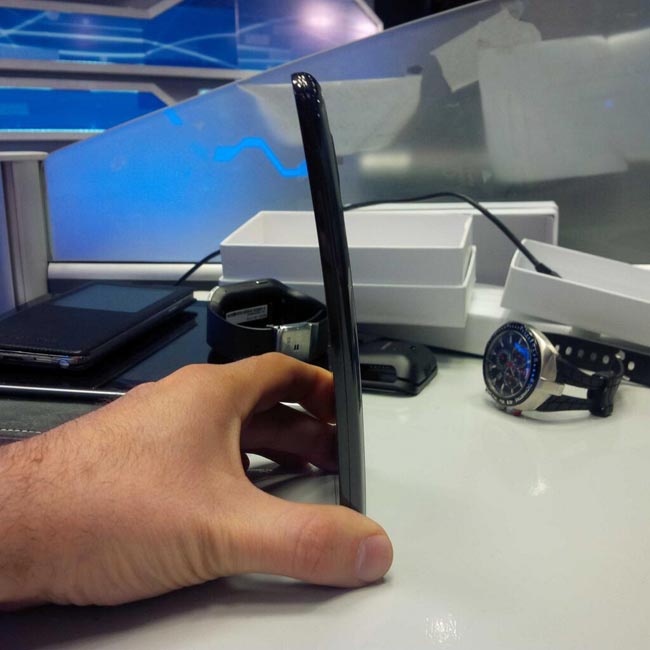 The LG G Flex will come with a 6 inch flexible curved display, the display will curve vertically from top to bottom, and is said to feature a resolution of 1280 x 720 pixels with 244 pixels per inch.

We had previously thought that the handset will come with a full HD display with a resolution of 1920 x 1080 pixels, it looks like the rest of the specifications will be similar to what we heard previously.

The LG G Flex will come with a quad core Snapdragon 800 processor and will features an Adreno 330 GPU, the handset will also come with 2GB of RAM and 32GB of built in storage.

It looks like the LG G Flex will feature a 13 megapixel camera and the handset will come with Android 4.2.2 Jelly Bean, we are expecting an official announcement on the handset from LG next month.