LG first unveiled their awesome 84 inch ultra definition HDTV back in CES at the beginning of this year, and has today announced that pre-orders for the monster sized UHDTV are now being taken. 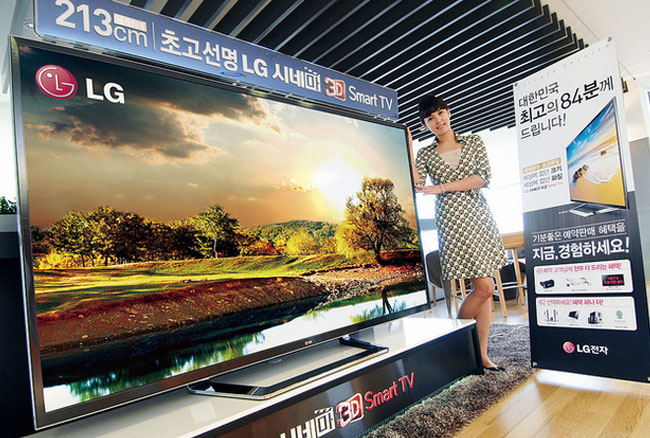 The LG 84LM9600 is also equipped with Smart TV technology, allowing you to install apps and surf the Internet, together with 2.2 speaker setup.

Only 84 units of the LG UHDTV 84LM9600 are currently available in this production run, that will cost around $21,975 or around 25 million won, and LG are giving away 3D glasses and camcorders to any who pre-orders, apparently.