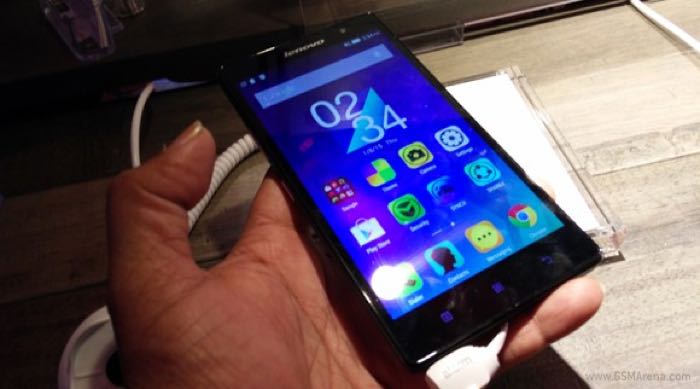 The new Lenovo A6000 smartphone was announced as CES earlier this month, and now Lenovo is launching the handset in India.

The Lenovo A6000 will be sold exclusively through Flipkart in India and the handset will retail for RS. 6,999 which is around $113 at the current exchange rate.

As a reminder, the handset comes with a 5 inch High Definition display with a resolution of 1280 x 720 pixels.

The handset is powered by a quad core Snapdragon 410 processor from Qualcomm with a clock speed of 1.2GHz, there is also an Adreno 306 GPU and 1GB of RAM.

For storage the Lenovo A6000 comes with 8GB built in, the handset also comes with front and rear facing cameras and a 2300 mAh battery.

On the front of the device there is a 2 megapixel camera for video chat, on the back there is an 8 megapixel camera which comes with auto focus and an LED flash, the handset also comes with 4G LTE, WiFi, Bluetooth and it is running Android 4.4 KitKat plus Lenovo’s Vibe 2.0 user interface.