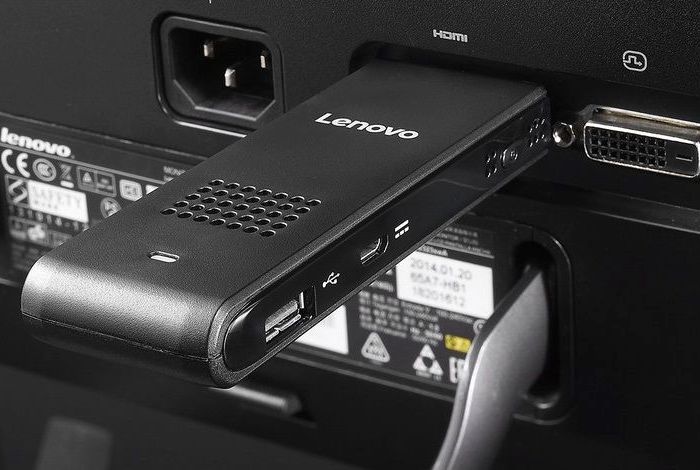 Lenovo has launched a new stick mini PC this week in the form of the Lenovo Ideacentre Stick 300 that will be available to purchase early next month priced at $129.

The small pocket sized mini PC is powered by Intel Atom Z3735F Bay trail processor supported by 2GB of RAM and equipped with 32GB of internal storage, that can be expanded further using the handy microSD card reader.

Lenovo will initially be shipping the mini PC preloaded with Microsoft’s Windows 8.1 with Bing, but from July 29th when Microsoft launches its new Windows 10 operating system you will be able to update to the latest version for free.

Imagine transforming the traditional TV in a vacation rental into a smart multi-media hub, capable of streaming a movie, video chatting with relatives or editing a work document on the fly. Convert the dusty monitor lurking in a spare bedroom into a web-enabled homework station, or transform a coveted man-cave into a home cinema.

For the wallet friendly starting price of US $129, this plug and play technology can transform almost any HDMI compatible TV or monitor into a fully functioning Windows-based PC. The ideacentre Stick 300 does not look like a traditional computer, but it performs like one once a 2.4GHz wireless keyboard and mouse are added.

For more information on the new Lenovo Ideacentre Stick 300 jump over to the Lenovo press release website for details via the link below.