Mark Crosbie decided he wanted to make a Lego version of Google’s Street View car, which he calls the Lego Street View Car, and it is capable of performing many of the functions of the much larger Google version.

The Lego Street View Car features an NXT brick, a dGPS sensor from Dexter Industries, and some other sensors and parts as well as four camera to take the photos, have a look at the video of it in action below. 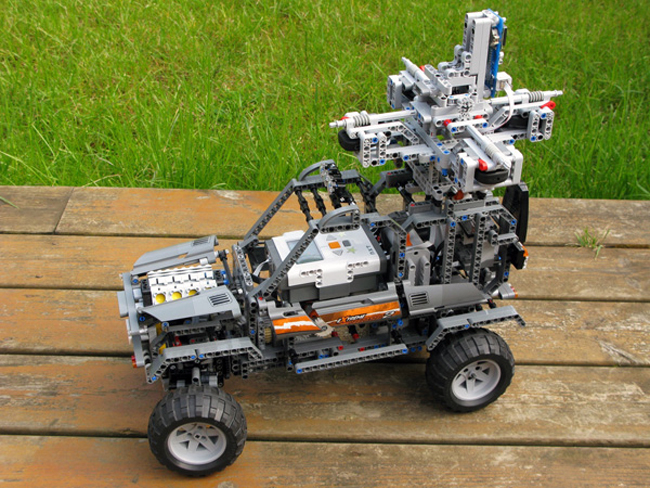 It all started when was playing with the dGPS sensor from Dexter Industries, and realised that if I combined this sensor, with a robust chassis and a camera then I’d have a LEGO version of the famous Google Street View car. And what if I could then upload the pictures into Google Earth….It all seemed so easy… How wrong I was!

Head on over to Mark Crosbie’s website for more details on his cool Lego Street View Car.