The new Lego Street View car now uses an iPhone with iOS 5, and Mark says he chose the iPhone for the cars camera as the photos can be automatically uploaded to PhotoStream. 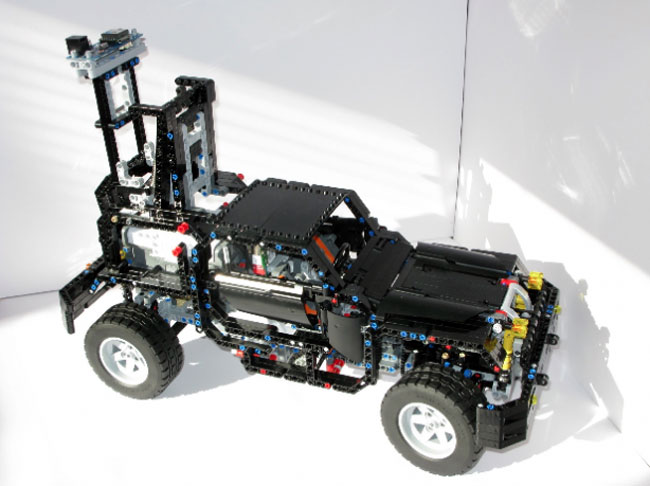 I wanted to re-build the car to only use the Lego Mindstorms NXT motors. I was also keen to make it look more….car-like. The result, after 4 months of experimentation, is version 2.0 of the Lego Street View Car.

You can find out more details about the second generation Lego Street View car over at Mark’s website.