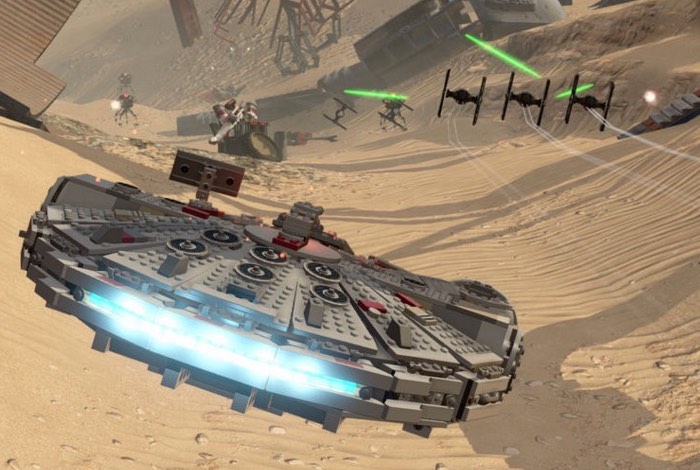 Following on from the earlier leaked trailer that was mistakenly published a early by Microsoft, developer of the new LEGO Star Wars The Force Awakens game TT Games, has today announced that the LEGO Star Wars game will be launching later this year on June 28th, 2016.

Combining both LEGO and the Star Wars universe the new game will be available to play on PlayStation 4, PlayStation 3 and PS Vita and will provide exclusive downloadable content for PlayStation gamers to enjoy in the form of a a Droid Character Pack and Phantom Limb Level Pack.

The first LEGO Star Wars game was released when back in 2005 and is now 11 years later the latest will soon be hitting stores worldwide. Jamie Eden Game Director, TT Games explain more about what you can expect from the new LEGO Star Wars The Force Awakens game :

One of the most amazing parts of all of this is being able to work with Lucasfilm to create new game content with the characters and locations from Star Wars: The Force Awakens, told in a way that only LEGO Star Wars can. Through a strong collaboration with Lucasfilm, we’ve been able to create new stories and adventures connecting the Star Wars narrative, both before and tying into the movie. As such huge fans of the franchise, it’s a tremendous honor to have that privilege.

As part of this, we’re pleased to share that PS4 and PS3 players will have access to exclusive downloadable content in the form of a Droid Character Pack and Phantom Limb Level Pack. We can’t go into too much detail right now, but we can’t wait for people to experience the content from the film, as well as new stories in Star Wars: The Force Awakens!