Lego has a small building kit that allows you to construct Luke Skywalker’s X-Wing fighter. The little building kit is cool enough on its own for Star Wars fans, but Lego has gone above and beyond. The toymaker has built a massively gigantic 1:1 scale model of the X-Wing fighter using Lego blocks. 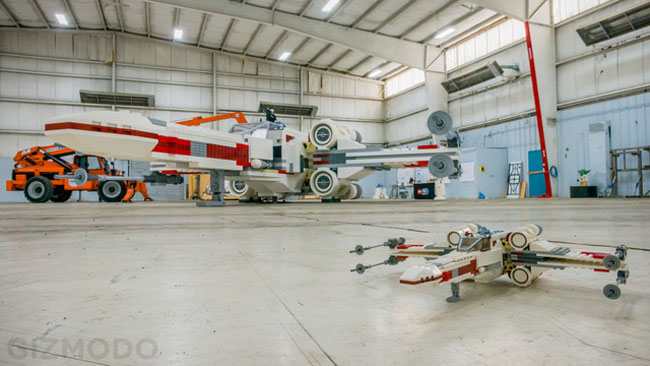 Some specifications on the gigantic Lego model include a weight of 45,976 pounds including the bricks and the required steel infrastructure. Lego says that 32 builders spent about four months, working up to 17,336 hours building the model. The full-size X-Wing fighter has glowing engines and the engines roar like the X-Wing from the movie.

The gigantic Lego spacecraft will eventually be displayed at the Legoland California Resort. However, for that it will make the rounds of the United States and is on display in Times Square in New York City now and will later be transported to the West Coast. It even has a Lego R2-D2 and you can sit inside.