Apple will announce the new iPhone 5S and iPhone 5C at a press event in Cupertino, California later today. We have been hearing rumors that the iPhone 5S will come with a fingerprint scanner in the home button, the device is also expected to feature NFC.

Now a photo of the user guide for the iPhone 5S has been leaked, and it shows the fingerprint scanner, which apple calls the Touch ID sensor, the photo was posted online by Nowhereelse. 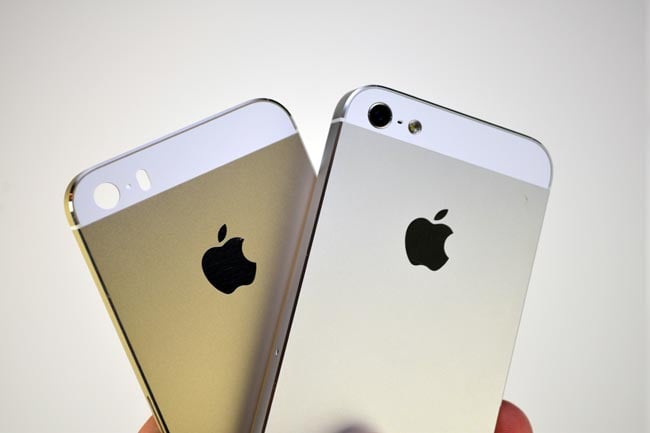 the iPhone 5S will come with a similar design to the existing iPhone, although the handset will come in some new colors, which will include gold and possibly grey, as well as the normal white and black. 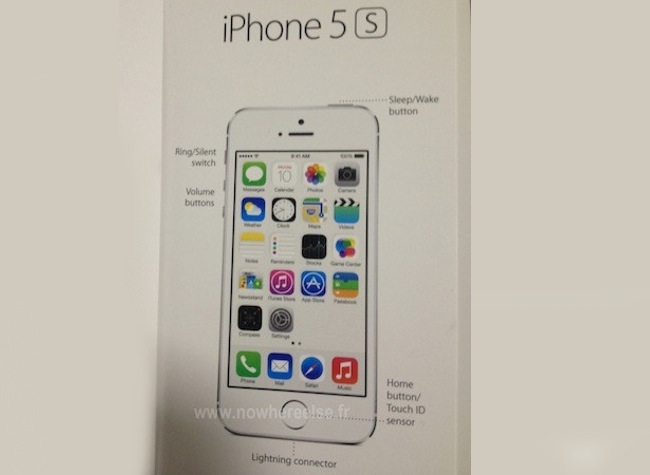 The hardware on the iPhone 5S is expected to be updated, and will include a new Apple A7 processor, updated graphics and more RAM, plus a 12 megapixel camera with a dual LED flash.

The iPhone 5C is rumored to come with similar specifications to the existing iPhone 5, which will include an 8 megapixel camera. The device will feature a plastic casing that will be available in a range of bright colors.

We will have more information on the iPhone 5S and also the iPhone 5C when they are made official later today, Apple’s press event kicks off at 6PM UK time.