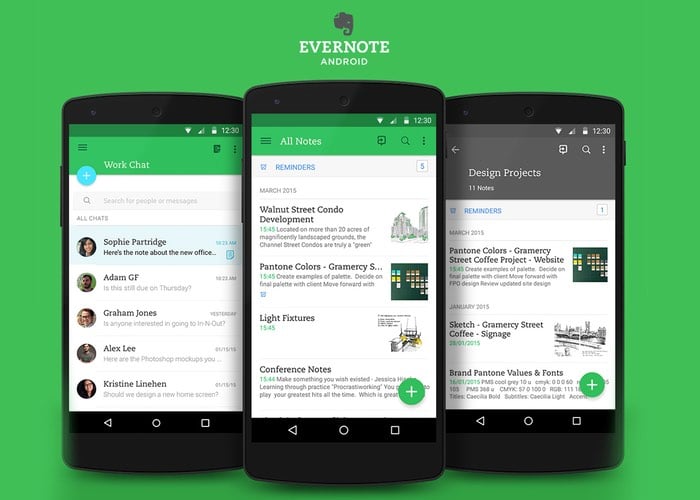 Evernote has rolled out a new update to its Evernote Android application which has brought with it a number of new features, tweaks and enhancements for users to enjoy whilst using the note taking application.

The main features within the latest Evernote update include new scan and annotate functions which are now available for Evernote users and follows on from the release of Scannable.

Our latest Android update features a redesigned Evernote camera that makes capturing and managing your shots smoother and better than ever before. You’ll notice the in-app camera has been streamlined and now consists of simply two photo-capturing modes: a default automatic mode and a manual mode.

When you take a picture of a document in automatic mode, Evernote’s in-app camera detects the document’s size and type and calibrates to take the best snap possible. Evernote then processes the image, crops it, and adjusts the contrast for a clear and crisp digital rendering. You don’t need to do anything else—just point the camera and let the app do all the work. Get your update and give it a try.

Images you recently scanned are temporarily kept in a gallery where they’re easily managed. Delete the scans you don’t want with a simple upward swipe, and save the rest to Evernote. You also have the option here of manually selecting the format in which you want to save your scans.

More details on the latest Evernote Android update jump over to the official Evernote blog for full details about all the new features, tweaks and enhancements rolled out this week, via the link below.