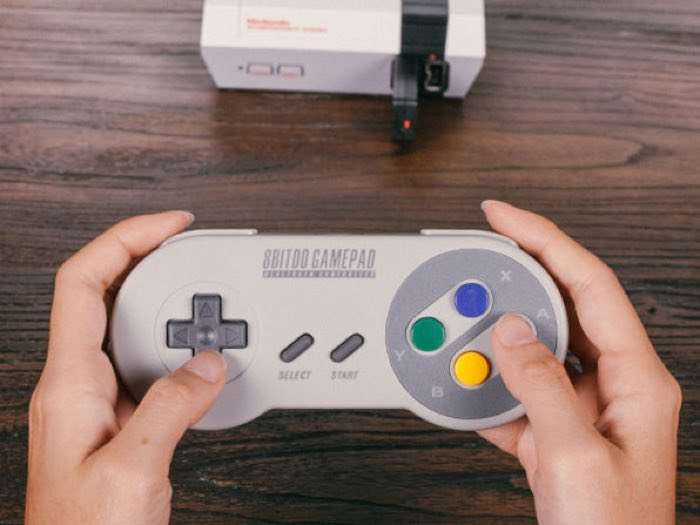 We have a great last minute deal on the SFC30 Bluetooth Controller + NES Classic Bluetooth Receiver Exclusive Bundle in our deals store today.

The SFC30 Bluetooth Controller + NES Classic Bluetooth Receiver Exclusive Bundle is available for $39.99 in our deals store and it normally retails for $51.98.

The future (or past?) of gaming is thrust upon us once again with this exclusive offer of the Bluetooth SFC30 controller and NES Classic Edition Receiver. For gamers who just plain appreciate a classic, simple controller, this gamepad lets you play your favorite games on iOS, Android, Mac OS X, and Windows with complete ease. With a professionally designed ergonomic feel and responsiveness, this controller has been expertly optimized for use with touchscreen games. Plus, with the included receiver, you can take it in the opposite direction, solving one of the chief problems of the NES Classic Edition (that short, short wire) with wireless gameplay. You can even decide to play the NES Classic with more advanced Playstation or Wii controllers.

You can find out more information about this great deal on the SFC30 Bluetooth Controller + NES Classic Bluetooth Receiver Exclusive Bundle over at our deals store at the link below.