Fancy building your very own LaserRifle? If you do, you might be interested in the new LaserRifle Prototype Mk I which has been created by German laser weapons hobbyist Patrick Priebe.

The awesome LaserRifle has been inspired by the Crysis 2 Gauss Rifle and is equipped with a 7-watt infrared burning laser, along with a 2-milliwatt red aiming laser that can cut through different materials up to 4 meters away, including glass, raw pork, light bulbs, ice and more. 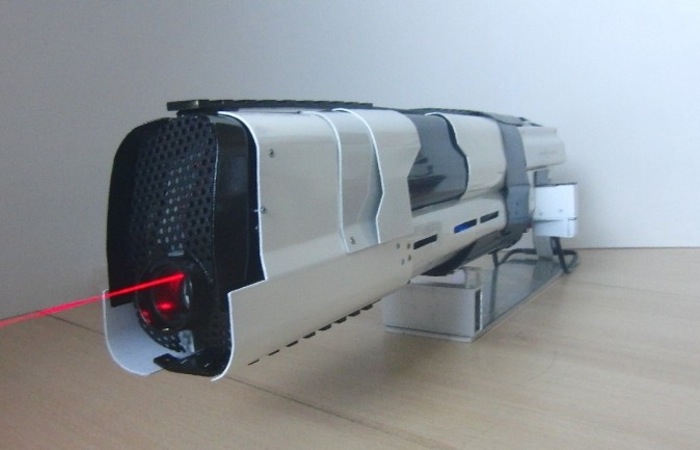 The LaserRifle took around 250 hours to build, and power to the LaserRifle is provided by an 18-volt rechargeable battery pack converted to run at 12,000 volts, it is also equipped with a water cooling system that is powered by a 12 volt pump and pumps 1 liter of water around the system to keep it cool.

Other neat features include a LCD screen that indicates when the laser temperature is getting to high and will automatically cut it off if required T 28ºC/82ºF.

Don’t expect to learn how to creat the same device as Priebe is now offering any plans, instructions or schematic’s but you can use his device for inspiration to build your own.

For more inspiration on laser weaponry and to see a wealth of devices that have been created by Priebe featuring lasers jump over to his Laser Gadgets website. 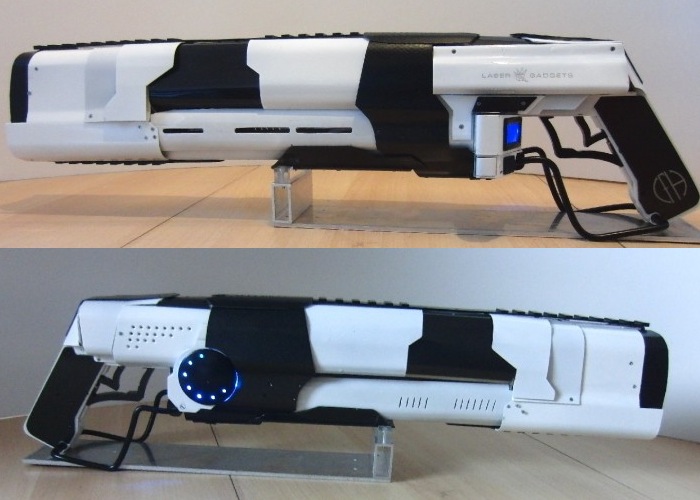