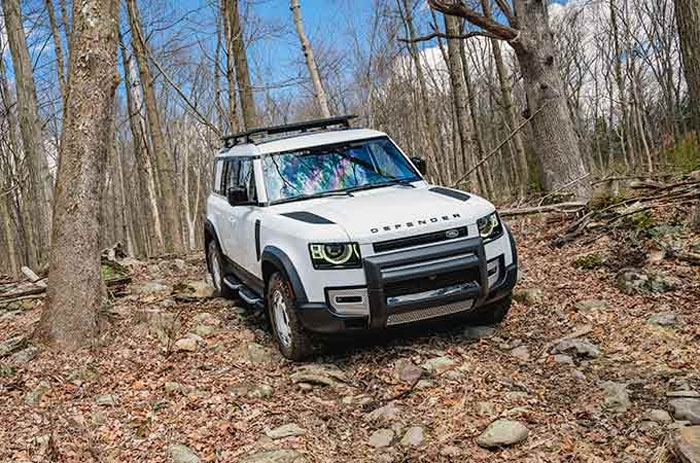 The special edition vehicle is based on the 2023 Defender P300 S and comes with several accessories as standard. The vehicle is only available in Fuji White Paint with matching Gloss White Steel Wheels meant to make this vehicle look like the 1993 model.

Land Rover says the vehicle will be available at certain Land Rover retailers for $75,000. Standard features on the vehicle include an Expedition Roof Rack and front and rear mudflaps, rubber mats, and fixed sidesteps. The vehicle also has a deployable ladder, will arch extensions, and an A-frame. It has the cold climate pack, tow pack, black exterior pack, and off-road pack, all standard.