The first photos of the Lamborghini Aventador SuperVeloce Roadster have been unveiled by photographer Jordan Shiraki, the new supercar will be officially unveiled in September.

Along with the photos, some details were also revealed about this new supercar, it will come with a V12 engine with 750 horsepower and will have a 0 to 60 MPH time of 2.8s seconds and a top speed of 221 miles per hour.

President and CEO, Stephan Winkelmann confirmed Lamborghini will be producing the Aventador SV Roadster with a limited production run of just 500 units, 100 less than the Aventador SV coupe. Overall stats will be identical to the coupe with the exception of a mere 110 extra pounds for the roadster configuration. The weight gain is minimum due to the extremely rigid carbon monocoque chassis and the removable carbon roof weighing a scant 13lbs. 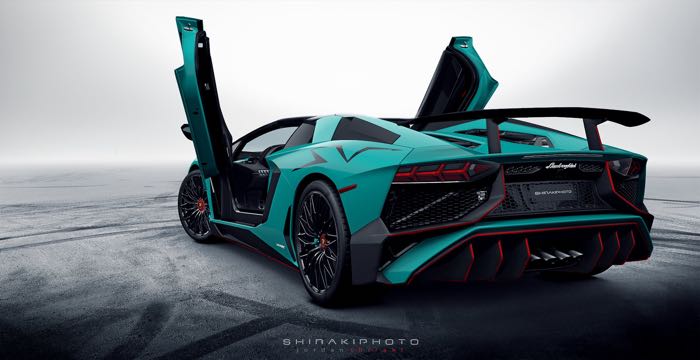 The Lamborghini Aventador SuperVeloce Roadster is apparently now available to pre-order with prices starting at $500,000.