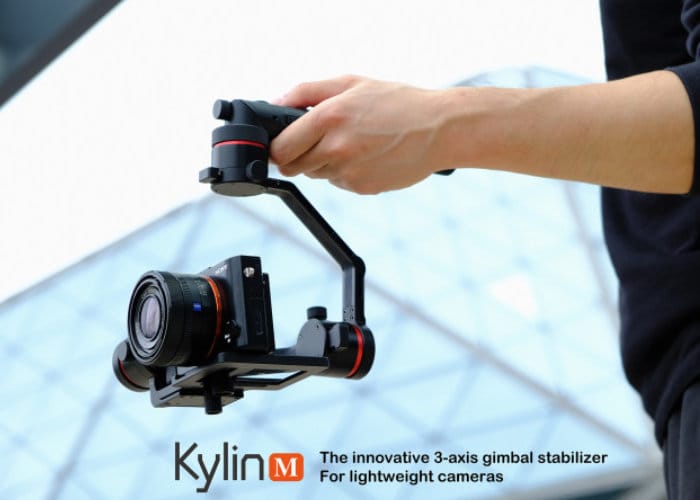 A new lightweight handheld camera stabiliser has been launched via the Indiegogo crowdfunding website offering a three axis stabiliser for lighter cameras such as DSLR, mirrorless camera and smartphones. Watch the demonstration video below to learn more about the Kylin M 3-axis camera stabiliser, which has already raised more than $53,000 thanks to 220+ backers with still over a month left on its campaign.

The Kylin M camera stabiliser is available to back with early bird pledges starting from $239 with shipping expected to take place during April 2018 if the camera stabiliser is successfully manufactured. Equipped with a focus and shutter release button as well as a video recording button and zoom control on a “unique rotatable handle”. The Kylin M has been designed to provide an easy-to-use portable camera stabilisation system for both budding and expert photographers alike to use.

The multi-axis stabilising technology used in the construction of the Kylin M camera stabiliser, balances the filming device in real time and effectively eliminates video blurs and shakes caused by natural arm movements. Combined with the built-in BUS system allows photographers to use the rig for extended times without becoming uncomfortable.