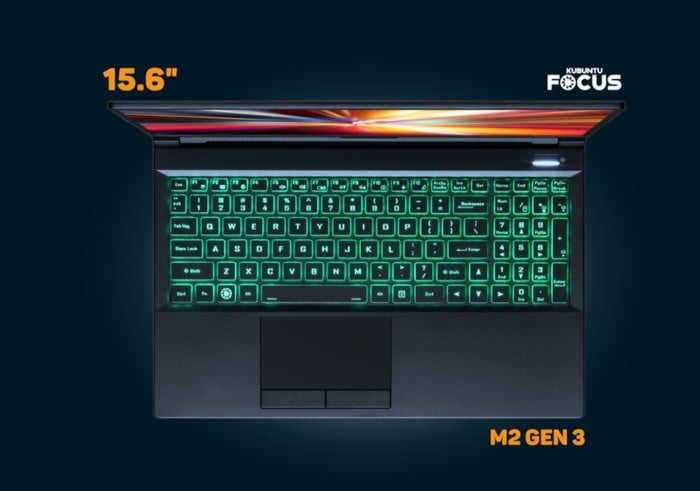 Kubuntu Focus has this week unveiled a new addition to their range of Linux mobile workstations with the introduction of the 3rd generation M2 Linux laptop powered by Intel 11th generation Core i7-11800H with RTX 3080 and RTX 3070 variations. “The M2 makes quick work of the most demanding tasks and outperforms nearly all thin-and-light laptops. Run GPU-accelerated AI immediately with the included Deep Learning Suite. Accelerate TensorFlow jobs from 8 hours to less than 15 minutes. Render Blender scenes 10x faster with NVIDIA RTX Optix. All with unmatched Linux-first optimization and support.”

The third-generation M2 performance is provided by the 8-core, 16-thread i7-11800H CPU supported by high-quality 3200 MHz RAM offering improvement of 19 and 29% this generation say the engineers at Kubuntu Focus. Users can install up to 64 GB of Dual Channel DDR4 3200 MHz and each system also has an integrated GPU to conserve power and video RAM when you need it. The Intel Irix Xe 32EU iGPU has twice the performance of the previous generation. 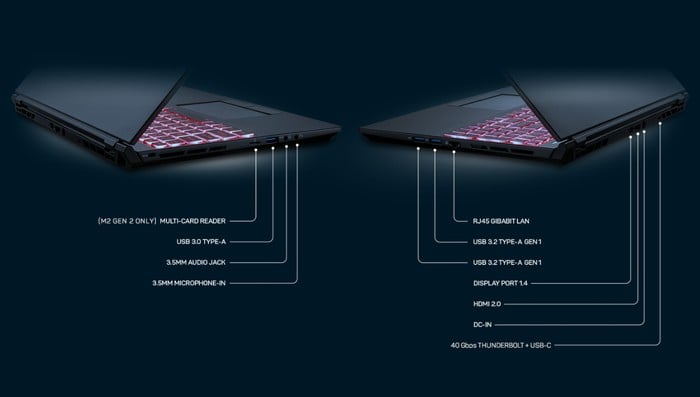 “The thin-and-light M2 laptop is a superb choice for anyone looking for the best out-of-the-box Linux experience with the most powerful mobile hardware. Customers include ML scientists, developers, and creators. Improvements to the third generation include:

Cooler and faster Intel 11th generation GPU i7-11800H improves Geekbench scores 19 and 29%
Double the iGPU performance with Intel Iris Xe 32EU Graphics
3200 MHz RAM increased from 2933, up to 64 GB dual-channel
USB-C GPU output switch in BIOS
Thunderbolt 4 upgraded from version 3
GPU choices include the Nvidia RTX 3060, 3070, or 3080 with up to 16 GB of VRAM. Customers can skip the dongles with plenty of high-speed ports and the ability to drive 3 external 4k displays with standard cables.”