A new electric motorcycle has turned up on Kickstarter called the Kuberg Free-Rider. The company says that it is the most versatile electric motorcycle on the market for teenagers to veterans. The bike is suitable for cruising around and racing according to the maker. 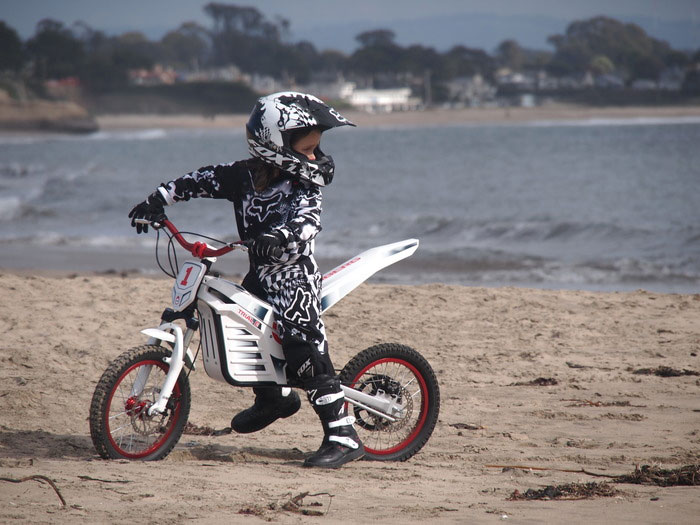 The electric motorcycle is aimed at teens, but can be ridden by adults. The bike weighs 84 pounds and has a peak 3kW BLDC motor and a 15 Ah lithium-polymer battery. The bike can reach a top speed of 34mph. The driving range is promised to be an hour at top speed. That would mean it’s only good for 34 miles of riding per charge.

The good news is that the bike charges quickly needing only 2 hours to charge up from a normal outlet. A version of the bike for kids is available and it may be street legal depending on laws for motorized bikes in your state. To get the Free-Rider requires a pledge of $1999 or more on Kickstarter. The project is seeking $100,000 to come to market and has raised a bit over $18,000 with 32 days to go. The bike has real motorcycle forks, shocks, and brakes.