In November of 2010, Tokyoflash debuted a new watch called the Kisai RPM. The original watch had a black case and bracelet with blue LEDs that market the time in the typical confusing Tokyoflash way. If you liked that watch, but aren’t a fan of black the RPM now comes in a new special white edition color. 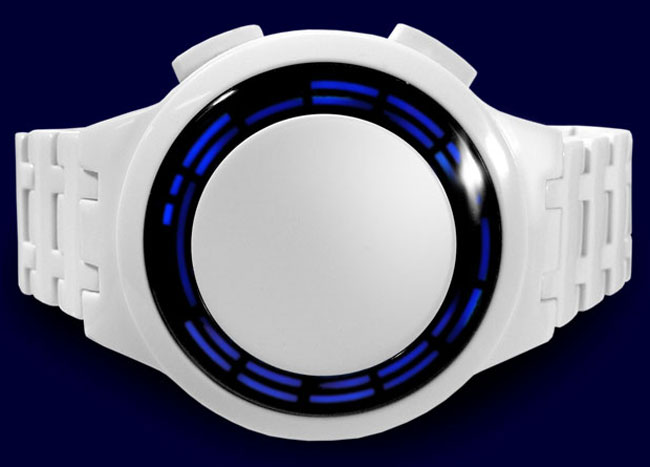 The Kisai RPM Acetate White version is now available to purchase and it uses blue LEDs as well. It shows the time in groups of three with the lights just like the black version did before. I still can’t figure out what the time is on the watch. The lens around the watch is smoked for style.

The watch charges via USB and one recharge takes 3.5 hours and should last for a month. It would be a huge pain to have to charge the watch each month, I would constantly forget. I would prefer the thing to have a normal battery. You can order the white version of the RPM right now for $159.99.