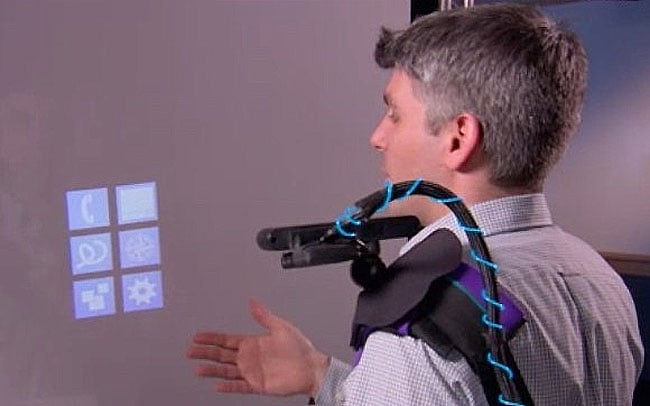 The new Wearable Multitouch Interaction concept provides similar controls to that of a mouse or touchscreen: X and Y locations in 2-D interfaces and can recognise if fingers are “clicked” or hovering. The developers of the Kinect Wearable Multitouch Projector explain:

“Reliable operation on the hands, for example, requires buttons to be 2.3 centimeters in diameter. Thus, it is now conceivable that anything one can do on today’s mobile devices can be done in the palm of a hand.”

Currently the concept is a little large for everyday use, but as a proof of concept the solutions provides a unique glimpse of what further gadgets might bring.