Kinect hacks are appearing fast and furiously since the outing of the open source drivers earlier this week. The Mac Kinect hack is a port/adaptation of Hector Martin’s libfreenect for OS X made by Theodore Watson. Check out the video after the jump to see the Kinect running on OS X. 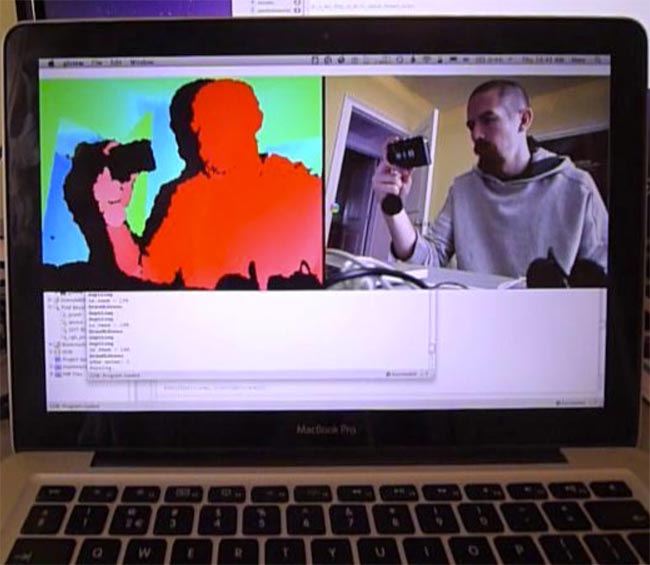 The code is still in its early stages of development at the  moment. But if you fancy giving it a go yourself, download the Source Code that has been tested on OS X 10.6.3 here

Unfortunately you still cant control anything using the Kinect on your Mac, I ma sure it won’t be long before the control features are developed.